This story happened around the winter of 1910, in Huojia County, Henan Province.

There is a shop near the gate of Huojia County, which sells food, such as deep-fried dough sticks, oil cakes, steamed buns, mahua, sesame seed cakes, etc. The owner of the food shop sells them until dark every day.

On this day, the restaurant owner’s business was very good, and the store closed much later than usual. He ate, cleaned the shop, and prepared for the day’s business, and saw that the time was almost 12 o’clock.

Just as he was going to sleep, there was a sudden knock on the door.

The restaurant owner was surprised: it’s so late, who else will knock on the door? At that moment, he came to the door panel, squinting his eyes to look out from the crack of the door panel.

I saw a dark figure standing in front of the door, wearing a big black padded jacket, black cotton trousers, and a black turban on his head. It was tightly wrapped, but he couldn’t see clearly. face.

I just heard the man say: “Boss, please open the door, I want to buy food!”

When the restaurant owner heard the voice was a woman, he hurriedly said: “My lady, I’ve sold out now, I really have nothing to sell to you!”

Helpless, the restaurant owner had no choice but to say: “Then you have to wait, I can only make you some sesame seed cakes now, hurry up.”

The woman said, “Anything is fine.”

The owner of the food shop is a kind-hearted person. He opened the door, let the female customers into the shop, and started making sesame seed cakes.

Not long after, more than a dozen biscuits were ready, and the woman said, “Enough is enough! It’s just that I don’t have any cash with me. I’m using this gold ring to pay for these biscuits. I don’t know. Would you like it?”

The restaurant owner replied: “This ring is gold, so you won’t be at a disadvantage?”

The woman said: “That’s okay, I’ll put this ring with you today, I come to you to sell food every night at 12 o’clock, when the food I bring is enough for the ring, I will give you a ring.” That’s it.”

The owner of the food shop heard that this is fine, and the two reached a deal.

Sure enough, at 12 o’clock the next night, the woman came on time, and she left after eating.

After about half a month, the amount of food on the top of the ring was about the same. The woman took another pair of bracelets in exchange for food, and the owner of the restaurant was easy to talk to and agreed. In this way, this situation lasted for more than two years. .

On this day, because something happened to the restaurant owner’s house, the money was not enough. So I decided to take out the jewelry of the woman who came to buy food at 12 o’clock that night and go to the pawn shop to exchange it for money to solve the urgent need.

The restaurant owner chose a pair of bracelets, went to the largest pawnshop in the center of Huojia County, entered the door, and handed the bracelet to the pawnshop clerk.

The guy was shocked when he saw it! Said to the shop owner: “Wait a minute, I’ll come as soon as I go!”

Unexpectedly, not long after, the pawnshop guy and the shopkeeper of the pawnshop led three or four people, and when they entered the door, they held down the owner of the restaurant.

The shop owner was shocked and asked, “Why did you arrest me?”

The shopkeeper of the pawnshop sneered, “Why did you arrest me? You don’t know yet?”

The restaurant owner asked, “What do I know about me? I don’t know!” 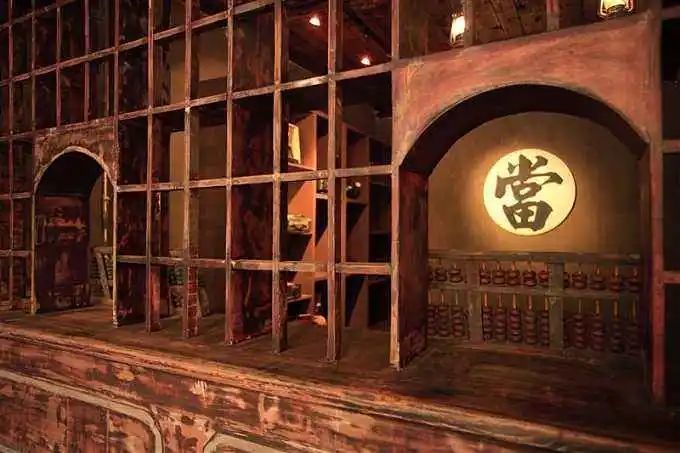 The shopkeeper of the pawn shop said angrily: “Then I will warn you now! How did you get this pair of bracelets?”

When the restaurant owner heard this, he told about his past experience, but the pawnshop manager and his assistants didn’t believe anyone.

The owner of the food shop swore to the sky: “Everything I said just now is true, and there must be a little adulteration, so that I will be struck by lightning and die!!”

After the owner of the restaurant swears, he asks the shopkeeper of the pawnshop, “Even if I picked this bracelet up, what does it have to do with you?”

The pawnshop shopkeeper said: “What’s the relationship? To tell you the truth! This bracelet was buried with my second wife who died two years ago!!”

“Hahaha——” the owner of the food shop laughed three times angrily, and said: “It is obviously given by the woman who came to buy food at 12 o’clock in the past two years, why has it become your second room? ! How ridiculous!”

A pawnbroker next to him said, “You might as well go to the second grandma’s cemetery and you’ll know!”

When everyone heard it, they all felt that it made sense, so they went to the grave where the pawnshop shopkeeper buried his second wife. Seeing that there was no abnormality in the grave, the restaurant owner said: “I’m right!”

After digging for a long time, I saw the coffin.

Everyone hurriedly opened the lid of the coffin, and looked again after uncovering the lid. Everyone was dumbfounded, only to see that the second grandmother in the coffin had died a long time ago. But next to the second grandma there was a living little boy, about two years old, crawling.

The shopkeeper of the pawnshop couldn’t help being surprised and delighted when he saw his son!

Seeing this scene, the owner of the restaurant was so frightened that he sat down on the ground with goose bumps all over his body!

1 thought on “Woman Shopping At Midnight”