Grandpa took the rice, but didn’t do it immediately as I imagined. Grandpa knelt down, looked at me very seriously, and said earnestly, “Liangzi, you have also seen that grandpa has caught ghosts a few times. I don’t know if he will encounter even more powerful ghosts in the future.”

I didn’t know what grandpa was going to say, so I just nodded and listened carefully.

Grandpa squeezed my shoulder hard, and a burst of pain penetrated into my skin: “Like the water ghost, if it wasn’t for Shan Dae to let me, I’m afraid I can’t deal with it alone. There are many kinds of ghosts, and the more resentful they are.” This time, Wenwen’s resentment is too heavy, you smell the air here, it smells like soy sauce. This is what we call resentment.”

I sniffed hard twice, but I didn’t smell the tempeh. I think it may be because my morality is not as deep as my grandfather’s.

Grandpa went on to say: “I still need your help in many places in the future. You just don’t have any knowledge and skills in hunting ghosts. From now on, you have to learn something in this area from me. It’s best to be the last one.” Able to go beyond my abilities.”

Although I like to catch ghosts with my grandfather, I never thought about surpassing my grandfather’s ability. I imagined that one day I could catch ghosts with one hand. Because my mother often taught me to study hard, and not to touch other heretical things if I can’t touch them, so I won’t lose my desire to learn, and I will have to rely on the things I learned in books for food in the future.

Speaking of books, I remembered my grandfather’s ancient book without a cover. I couldn’t help but secretly blamed my grandpa. He said that he wanted me to learn the knowledge of ghost hunting, but that magical ancient book didn’t open my eyes.

Grandpa paused for a while, and said to me cautiously: “Now I need your help.”

Grandpa said, “I want to borrow your body.”

I was puzzled and said, “Lend my body for use? I am willing to agree, but how can I lend it to you?” While I was talking, I saw Grandpa’s eyes smiling at me, very strangely. I could clearly see Grandpa’s pupils gradually getting bigger, and the dark pupils actually jumped out of the eye sockets, and continued to grow bigger, becoming like a cauldron for roasting pigs!

I want to blink, but the eye can’t move, it’s out of my command. Grandpa’s pupils were still getting bigger, and finally my eyes were covered by grandpa’s pupils, and I couldn’t see anything, it was pitch black, and everything in front of me melted into a terrible darkness.

I have never had such an experience before, thinking that I was bewitched, I hurriedly shouted: “Grandpa, grandpa! I can’t see!”

A faint voice seemed to come from far away: “Don’t panic, child. I’ll use your body. It’s normal for you to lose sight temporarily.” I was still very conscious, and I could tell that it was Grandpa’s voice . Grandpa is next to me, but the voice is very unreal.

My body no longer listened to me, and my hand stretched out automatically to catch something. My sense of touch is still very sensitive, and I can guess that it is a bag of white rice handed over by my grandfather. The hand automatically reached into the plastic bag to grab a handful of rice, and sprinkled it straight ahead. The footsteps also moved, walking back and forth.

Grandpa replied: “I called Wenwen.” I felt cold, is Wenwen right next to me?

Jin Bo asked: “Where is Wenwen? Why didn’t I see her?”

Grandpa said: “She is in the body of the horse soldier. I want to drive her out.” I kept walking and sprinkled rice with my hands. I heighten my hearing to sense what’s going on around me. 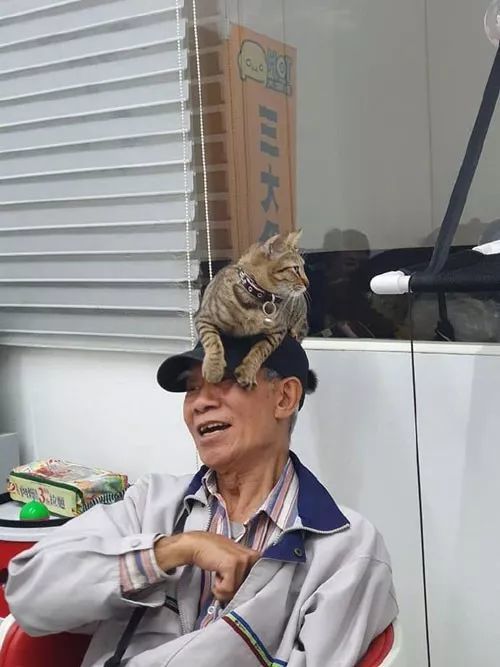 Grandpa said angrily: “Why don’t you get out soon? Even if you have a lot of grievances, you can go to Yama to settle accounts by yourself, how can you stay in the world to entangle? Although Yama has forgotten your soul because of the final day, but he always remembers it.” When you get up! I won’t let you run amok in the world!”

After speaking, there was another loud slap.

Grandpa seemed to be arguing with a person standing in front of him, and he cursed aggressively: “You don’t know the heights of the sky and the earth! If you don’t leave, I will slap you to death! I know you are a hanger, and your neck is not afraid of pain. But isn’t your face afraid of pain? Can your face withstand my slaps? If you pinch me again, if you pinch me again, I will slap you to death!”

Jin Bo pleaded: “Master Ma, his mouth is bleeding, if you beat him again, I’m afraid the horse soldier’s body won’t be able to bear it! You should be gentler.” 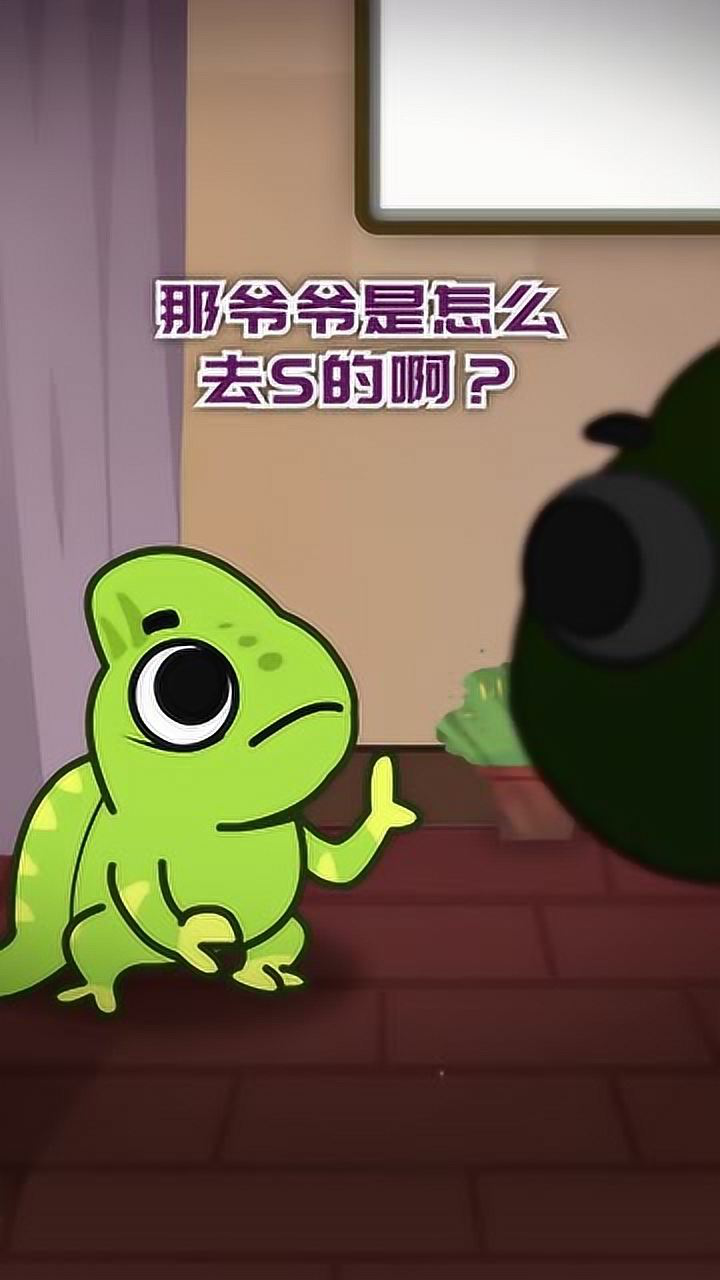 Grandpa said: “Uncle Jin, you don’t know that you have to be ruthless when dealing with such a ghost, otherwise she won’t be afraid of you!”

Jin Bo said: “You can just scare him. If he really hit him, his face will be swollen like a pig’s liver.”

Grandpa said: “If the face is swollen, you can kill ghosts and kill and cut your chest for a few minutes . If you are strangled, you will have no second life!” After finishing speaking, he slapped again!

At this time, my mouth automatically said: “The way of heaven is completed, three to five percent, the sun and the moon are complete. Out of the sly, into the dark, the qi preaches, and the qi is connected to the gods. The treacherous ghosts and thieves will perish. Those who look at me Blind, those who listen to me are deaf. Those who dare to plot against me will suffer!”

As soon as I finished the spell, I heard Kimber shout in surprise, “Don’t hit him, don’t hit him, he didn’t pinch himself.” I heard Grandpa let out a heavy breath, and then I also regained consciousness. My hands and feet were numb, itchy and painful, as if I stood up suddenly after sitting for too long.

I saw that the horse soldier’s hand was still on his neck, but his fingers were let go lazily, and they were no longer pinched. There are countless fingerprints on his face from the beating just now. A little blood came from the corner of his mouth. The strange thing is that the blood stasis above the Adam’s apple disappeared like hemp rope, as if it never existed. That should mean that the hanging ghost has left. 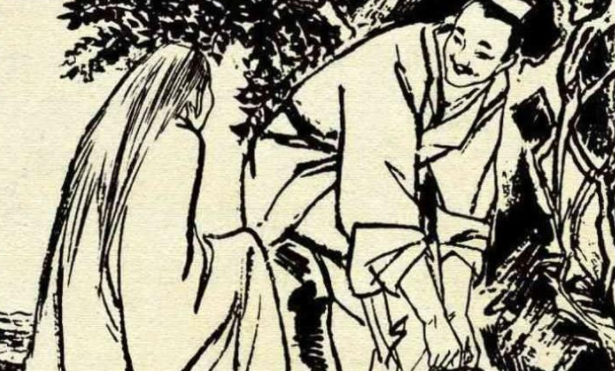 Looking at grandpa again, he was sweating profusely, his eyes were red, and he looked extremely tired. My grandfather more than ten years ago had much fewer wrinkles than my grandfather when I was in college, but the wrinkles of my grandfather who had just exorcised the hangman at that time suddenly became much deeper, and they were more serious than the wrinkles I saw after I went to college. It can be seen that the hangman’s resentment is indeed too heavy. Just now, grandpa had to continue his own movements and control my movements, which is equivalent to doing two things at the same time, and the physical exertion is twice that of ordinary people.

In my previous memory, I thought grandpa was a pure and honest farmer. Later, I found out that my grandfather could pinch and count, which was very novel. Later, I actually helped people catch ghosts, and I admired my grandfather even more. I am very surprised that even living people can be controlled now. I really don’t know if there will be more unbelievable things happening to grandpa in the future? I am looking forward to it very much, but at the same time I have my own selfish intentions – I want to learn some of my grandfather’s skills.

“Then did you learn those strange things from your grandfather?” a classmate asked impatiently.

“I’m sorry, that’s the end of today’s story.” The student from Hunan blinked, indicating that the time was up.

The classmate scolded: “Hey, Wenwen is so pitiful, the ghost tortured, killed and cut her breasts for a few minutes , but the person who cheated on the marriage deserved it, and the ending is so happy! There are too many scammers nowadays, sending text messages, using QQ to cheat people and cheat money They are everywhere and should be punished!”

“It’s getting late, everyone, go to sleep. We have to participate in the morning reading activity tomorrow morning.” Said the classmate from Hunan.

Everyone left in dismay.

In my heart, something seems to be missing.

1 thought on “Every Midnight Lives A Crazy Story: Marriage Fraud (5)”