In Xiangfei City, there was a strange man, surnamed Zeng and named Yandong, who lived in the city for more than ten years and spent his days guarding a small stall. Zeng Sheng has no intention of devoting himself to the development of his business. When he has free time, he indulges himself in the creation of stories and novels. His wife complained endlessly, but she had no choice but to reconcile, only regretting marrying such a man from no family. Zeng Sheng endured the humiliation and submitted the manuscripts to various newspapers and magazines one by one, hoping to publish them and get some manuscript fees to get rid of this predicament. However, his temperament is stupid and straight, his writing is sharp, and he likes to criticize social evils. All journals are born for money, and he doesn’t want to cause trouble, so he dare not use it. Therefore, Zeng Sheng still lives in a corner in silence, unknown to the outside world.

One night, Zeng Sheng was reading at his desk, and he didn’t feel sleepy. Suddenly, an old man with a blue hat and cloth shoes and a fluttering skirt came quietly. Surprised, he raised his head and looked at the old man: “Who are you, sir, and where did you come from?” The old man smiled and said, “I am Pu Songlin, a scholar in the Qing Dynasty. Seeing that you study hard, it suits me very well. I am here to meet you.” Syria.”

Zeng Sheng was shocked, fell to the ground and bowed: “It turns out that you are a master, so please forgive me for being rude later.” Friends, there is also a difference between teachers and students. Mr. Xiang wrote “Strange Tales from a Liaozhai Studio”, which has been popular for more than 300 years, and people still remember it. Unlike some writers nowadays, they only became famous for two or three years.” Pu Songlin laughed. : “I heard you praise me, and you are so straightforward. I know that you are not good at flattering people. It is not surprising that your works are not easy to publish. In today’s commodity society, people like you are destined to live a hard life.” Zeng Sheng said: “I am used to hard times, but I am not afraid. I just want to earn money to support my family, and I have little time to read and write, which is very inconvenient. Besides, I don’t know the new taste of the times, so I don’t know how to write it.” Pu Songlin Seriously, he said: “Do you want to follow the fashion? That is absolutely impossible. If the writing method is not in line with your personality, you will definitely not be able to write good things. Nowadays, everyone is sharpening their heads to make money. There are many weird and interesting things in the world. It is a pity that things are lost in vain and no one records them. If you can collect them for me and make them known to the world, it will definitely benefit you.” Zeng Sheng said: “Are you asking me to learn from you to write “Strange Tales from a Liaozhai Studio”? “Pu Songlin said: “That’s right, the topic is all thought up for you, let’s call it “Strange Tales from a New Liaozhai Studio”. Nowadays, people are busy making money, and they have to go out to enjoy themselves in their spare time. When writing, you should not be too “Zhihuzheye”, but more popular; but you must also maintain some classical Chinese in order to cater to the style of “Liao Zhai”. “Zeng Sheng said:” The master has very high requirements, and the writing style of the late students is shallow. Find another expert.”

Pu Songlin said: “It is said that there are many high-level people in the world. But besides teaching, professors are busy holding workshops and compiling fashionable books to make a lot of money. I have found many people, but none of them is willing to take on my lonely job. I turned back Second, find a Chinese teacher in middle school. In the past, there were a few who devoted themselves to studying and wrote hard to become famous writers. Now things are very different. During their spare time, weekends, and holidays, those teachers are busy running cram schools for students, and they make small mistakes. After the money was gone, Jing didn’t know how to flatter her, so she wasn’t interested in taking my job.” 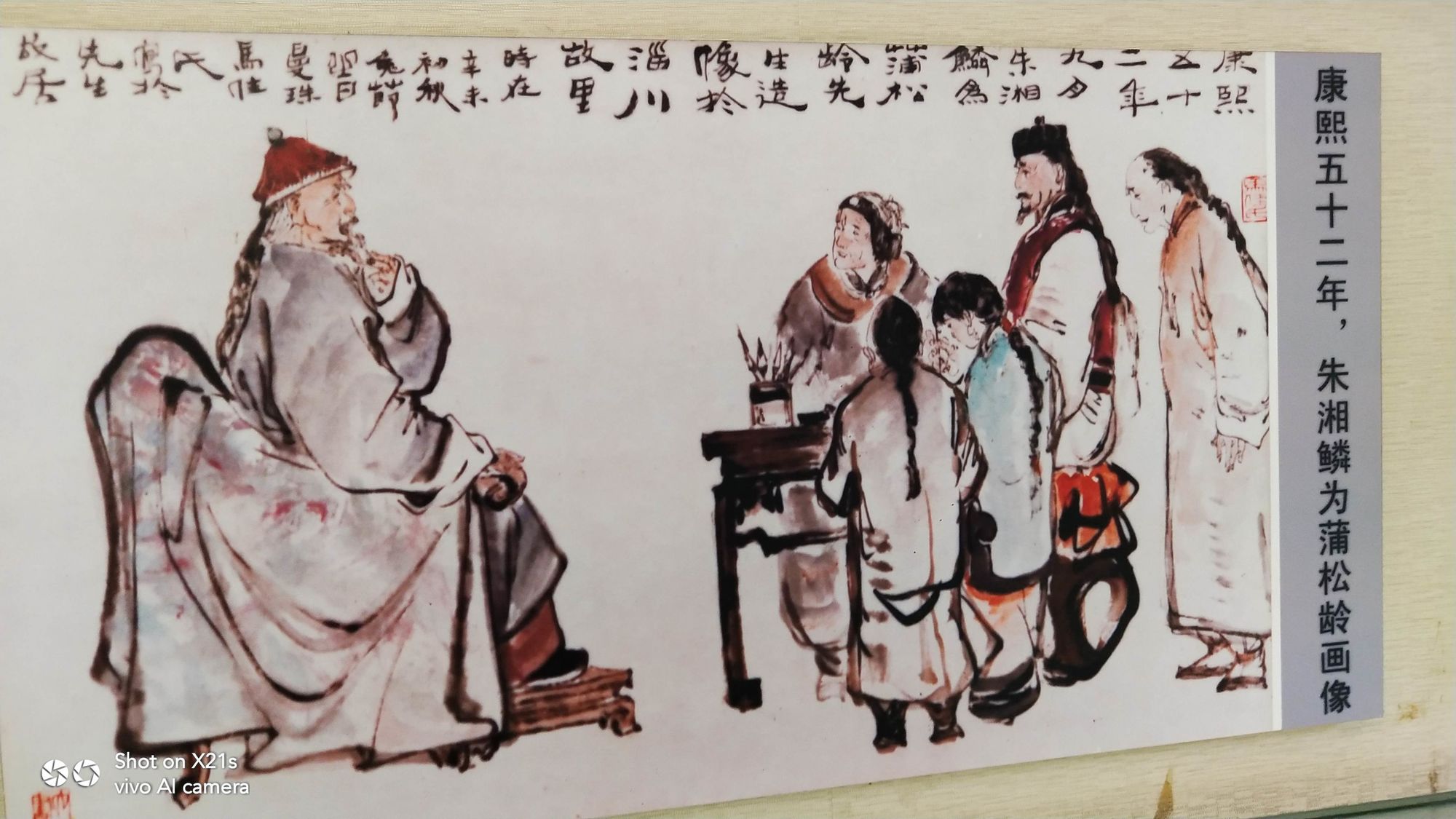 Zeng Sheng said: “It’s not all their fault, it’s the commodity society! It’s true in the first place. Although your “Liao Zhai” is good, not many people read it now. How many people will read the new “Liao Zhai”?”

Pu Songlin sighed: “Yes, in the Qing Dynasty, the world was quiet, and there were as many people who loved my leisurely writing as a fly, and their obsession was no less than today’s love of singers and football games; those who imitated the composition of “Liao Zhai” were even more numerous. Count. Why is it so lonely and desolate today? But that’s okay. There is no model for doing business that can be completely copied; Don’t want to waste time and worry, study the truth deeply, and feel superficial after reading it-everything must be innovative to have profound meaning. Or should the next Wenqu star be on your head?”

Zeng Sheng said: “I don’t dare to be a Wenqu star. But when it comes to Wenqu star, I remembered it. Why don’t you go to those ready-made great writers?” It is difficult to write interesting things when all the blocks are lost, and Jiang Lang’s talent is exhausted; it is my generation of unknown writers, full of passion for life, like magma pouring out of the ground, ready to go, and then I can spread thousands of miles, which is my wish. “

Pu Songlin was a little annoyed and said: “How can you say that? You don’t know that most fashionable things in the world are nondescript. Look at the advertisements planned by real estate developers and scenic spot developers, as well as some food and beverages. The brands launched by the company are all based on history and culture, and try to be as old-fashioned as possible. It seems that as long as it is related to the 5,000-year history of the Chinese nation, it will have depth and charm; They are all flirtatious things. In this way, the combination of the ancient and the modern, and the combination of the local and the foreign, has both the inside and the face, which is fancy and sells; people today do not believe in ghosts, but there are still many people who see new and strange things. As long as If you grasp it well, you can find good articles in the bullshit!”

Zeng Sheng said: “The master sees it thoroughly and speaks profoundly. It’s just that the late student lacks experience and is difficult to grasp the size. I’m afraid he has high expectations. Why don’t you come out of the mountain yourself, and continue “Liao Zhai” to revive the name?” 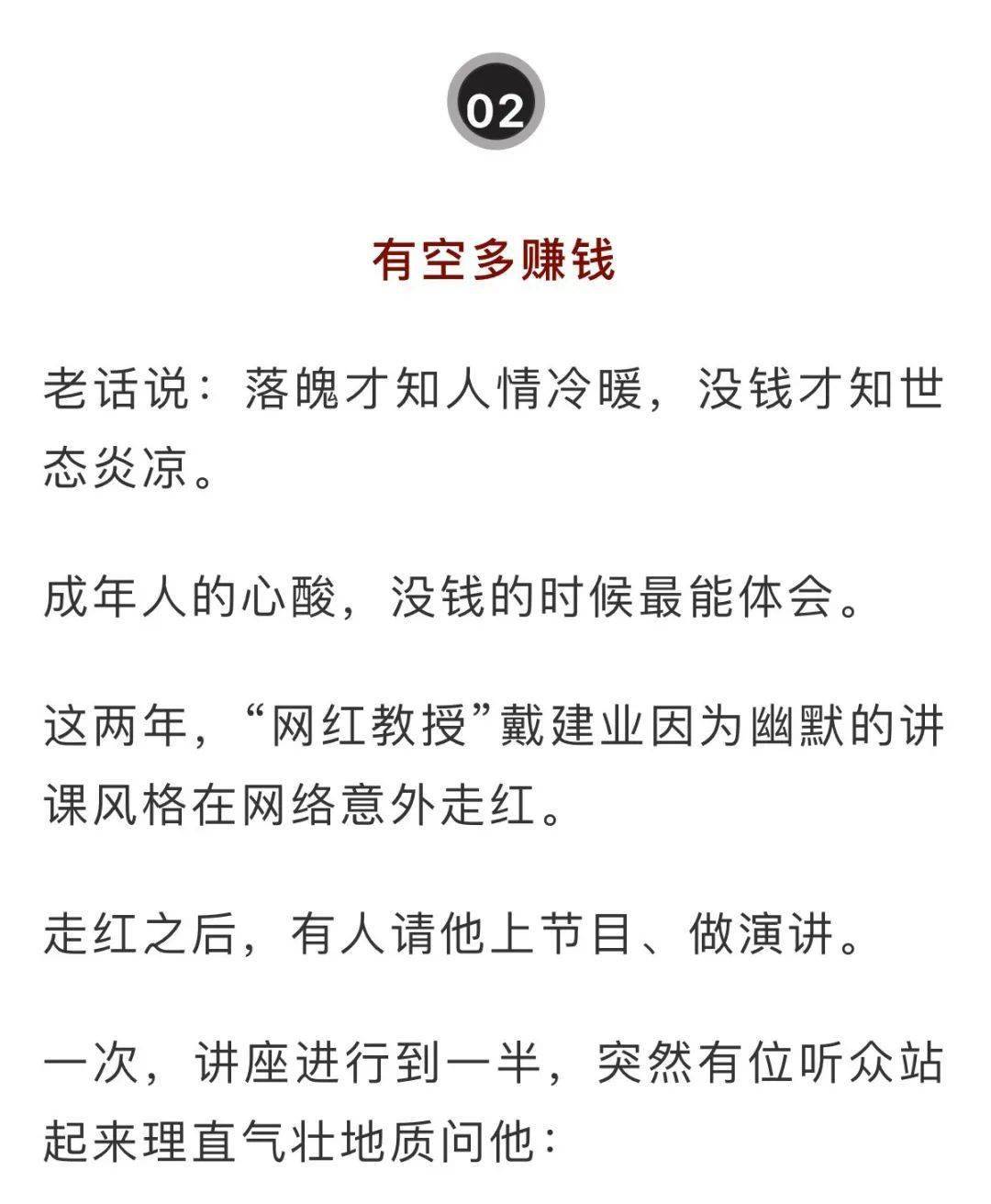 Pu Songlin sighed: “Oh, the old man has more than enough heart and not enough energy! After I became famous, the master of Yincao Mansion visited the thatched cottage three times and asked me to be the chief of staff, which is equivalent to the secretary general of the municipal party committee in your Yangjian. My job is really I’m too busy. In addition to helping the masters of the government to draft the manuscripts to be read in meetings every day, I also have to take care of the eating and drinking of a large group of family members and servants in the government, so I really can’t spare time.”

Zeng Sheng said: “Wouldn’t it be a waste for a generation of masters to waste their time on these trivial and boring things?”

Pu Songlin said: “Sometimes I feel sorry for myself and feel anxious. But now I am used to living a good life. This old bone has been soaked in the gentle and rich countryside for too long, and it is already crisp. I don’t have the courage to relive the days of millet millet in the hut. “

Zeng Sheng suddenly said: “So it is like this! The master wrote “Liao Zhai”, I don’t know how much suffering and loneliness he suffered, and it is not too much to enjoy it now. Since you think highly of me, if you want to mention me, I will try my best. But for the sake of it. It’s just for the publisher and the editor, you have a lot of connections, you are very popular, and you are accommodating, so that the bullshit article can see the light of day and meet the readers.”

Pu Songlin said: “That’s for sure. When your manuscript is finished, I will dial a phone number that crosses the boundary between Yin and Yang and talk to those publishers and editors. Considering my three hundred years of fame, this bit of face is still worth it.” Yes. Well, you can write, I will not bother you. I have to go back early, otherwise my yellow-faced wife and two little secretaries will pull my ears again and ask me where I am. ——Well, it’s good to have more women, but there are times when it’s troublesome.”

After the master finished speaking, he suddenly disappeared. Zeng Sheng faintly felt his arms go numb, and when he raised his head, the solitary lamp was only a shadow. It turned out that he was too tired during the day and fell asleep on the desk. The scene just now, although vivid and picturesque, is actually Nankeyimeng. Zeng Sheng was startled and puzzled, when suddenly the wife of the dregs beside the bed said in a dream, “I have to get up early tomorrow, so don’t go to bed fast; is there any benefit in talking to ghosts?”

Zeng Sheng was horrified, looking around the shabby room, there was no foreign object. Looking closely at the bed, the wife’s chest heaved and her snoring was soft, how could she say those words? It goes without saying that there are no ghosts in the world, but the dream of ghosts and saints is by no means absolutely illusory, and there must be some kind of spiritual connection between them. Since then, Zeng Zunpu has entrusted him to change the course, list the strange things he has heard and seen in the past forty years, and continue to compile “Strange Tales from a New Liaozhai Studio”, so that you can chat for a gossip when you are happy after you are busy. La” a smile is enough.