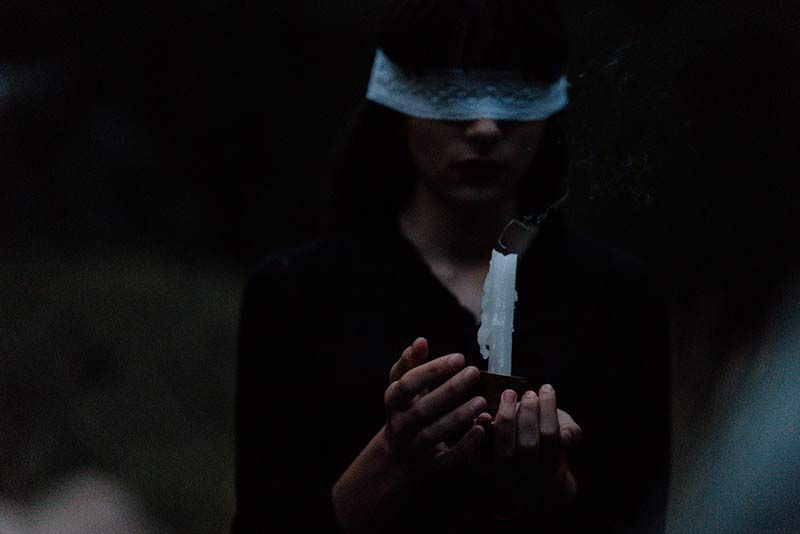 When it was the turn of a man named Chang Ming, before the official could ask a few questions, he suddenly noticed that something was wrong with Chang Ming’s expression. His face was pale, his eyes were dull, and the corners of his mouth twitched a few times. The voice said: “Chang Ming did not steal the jade, but he killed the person. I am the wronged soul of the person he killed!”

The officials were terrified, and the yamen servants on both sides were also in chaos. After all, it was an era when everyone was running around with ghosts and gods. The presiding officer finally managed to stabilize the situation. He felt that this kind of fraudulent case would never be handled by his own office, so he immediately transferred it to the Ministry of Punishment.

The Ministry of Punishment appointed Ji Rongshu and Yu Wenyi as the chief interrogators, and tried the man who was always bright but whose soul was unknown.

The man continued to narrate a horrific and bizarre murder in a childish voice:

“My name is Erge. I am fourteen years old. I live in Haidian. My father’s name is Li Xingwang. Last year, on the fifteenth day of the first lunar month, I went to the street to watch lanterns. I met my neighbor Chang Ming. He played with me in the dead of night. On the way home, Chang Ming suddenly started to tease me and touch me, I resisted, scolded him, and told him to tell my father what he did to me when I got home. As soon as Ming heard this, his eyes showed a fierce look. He dragged me to a secluded alley, strangled me to death with his clothes belt, and buried me under the river bank. My father couldn’t find me. He was very anxious. When I was with me, I suspected that Chang Ming had kidnapped me and hid me, so I filed a complaint with the Xuncheng Yushi. Even the Ministry of Criminal Justice was alarmed and sent people to investigate carefully, but there was no result. In this case, the two adults, please avenge me!”

As he said that, the man began to cry, and the cry was still a child’s voice without opening his voice. The presiding officer Ji Rongshu still couldn’t believe it, thought for a while and asked sharply: “Don’t cry first, if what you said is true, I will naturally make the decision for you. Since it was last year’s case, why did it take you so long to complain? Woolen cloth?”

The child’s voice replied: “My lord, Mingjian, I have been wronged and have nowhere to reincarnate. I have become a lonely ghost. I followed Chang Ming every day, trying to attach himself to him, and then went to the yamen to sue, but every time I went to Li Four or five feet away from him, I felt it was as hot as a flame grilling, and I couldn’t get close to him. Later, the heat eased a little, and I was able to get close to him by about two or three feet, and slowly approached to about one foot… Suddenly yesterday I found that the heat on his body had completely disappeared, and it happened that the yamen tried the case of the disappearance of jade articles, he was standing in front of the court by himself, and I happened to possess him.”

The presiding officer Yu Wenyi still couldn’t believe it, and asked, “Then do you remember the date when Chang Ming was interrogated by the Ministry of Criminal Justice after you were murdered last year?”

The man immediately gave a date, and after checking it, the time really matched.

This time, I couldn’t believe it, and the two presiding judges asked where his body was buried.

The man said exactly which willow tree was next to the river bank, and sent the yamen servants to dig it out. Sure enough, they found the body of a young man. The body was not completely decomposed. He asked Erge’s father, Li Xingwang, to identify it, and Li Xingwang wept bitterly. : “My son!”

The case caused a sensation in the capital, and many spectators went to the river bank to watch the “crime scene”, pointing to the corpse pit where two corpses were dug up, and spit and spit flying all over the place. And in the court, it also caused an uproar. Although the process was fantastic, the result was verified to be true.

The government’s trial is still going on, and the person being interrogated is still in an extremely abnormal state. During the interrogation, he was called Chang Ming, and the man became sober and spoke the same way as Chang Ming; when he was called Er Ge, the man seemed to be in a coma. , speaking into a naive child’s voice. The most miraculous thing is that there was also a situation where two voices argued with each other.

Although it is a mystery whether this person is Chang Ming or Er Ge, there is no doubt that Chang Ming murdered Er Ge.

The Ministry of Criminal Justice reported the facts to Emperor Qianlong, and Qianlong ordered the criminals to be executed according to law.

On the day when the decree was issued, Erge’s soul was very happy. Erge was a boy who sold rice cakes in the streets, and he sang loudly when he sold rice cakes. His father burst into tears . The innocent soul said: “Father, take care, I’ll go!” From then on, it seemed as if he had left Chang Ming’s body, and from then on he asked Chang Ming again, and he no longer uttered the child’s voice of two characters.

The strangeness of this case is shocking even after hearing it today.

So, are there really ghosts possessing bodies?

In fact, this case is of the same nature as the “ghost upper body” that we often hear in our daily life. It is called “hysterical possessive state” in medicine. , The voice became another person.

Modern medicine has a relatively clear understanding of this: hysterical possession and hallucinations are equally common mental abnormalities. However, there is no way to confide in daily life, long-term depression and distortion, once encountering an unexpected event, and this event happens to be the “last straw” on the patient’s heavy heart, the disease It will happen.

For example, in the “Strange Case of Wronged Soul Possession” during the Qianlong period, the perpetrator had been burdened with heavy psychological burden and mental pressure for a long time because he killed an innocent teenager, and he always suspected that the victim’s wronged spirit surrounded him. Therefore, A year later, when the Ministry of Internal Affairs interrogated an antique theft case, he mistakenly thought that the incident had been revealed, and he couldn’t hold it anymore, and used the victim’s voice and behavior to speak out about his crime.