In the months that followed, a lot happened.

My life slowly returned to normal, Brother Wang , I used my identity as the third uncle to tell the people below that I was going to visit other places for a long time, and I needed to hand over the business of the shop to my nephew.

Xiaohua's people came from Changsha and removed my mask in a hotel.

When I saw my face again, I burst into tears. I didn't expect that I would be vulnerable at this time. It felt like I had let go of countless necessary strengths, bravery, and responsibilities. , the necessary decisiveness, the necessary blood and cruelty. I finally turned back to Wu Xie.

I'm finally the innocent Wu Xie who can shrink back, be weak, laugh, laugh, make embarrassments, and die every day. I can ask others "why" and "won't it" without hesitation, and I can even scold others without hesitation: "Damn it, you don't know. Then who should I ask?"

I cried for a long time, lost or emotionally broken? Nothing but unstoppable tears, I hugged the girl, she patted me on the back, said nothing. When I let go of her, I found that tears were also shining in her eyes. She said she had never seen a person cry so sadly.

I drank a lot in the evening. I put a lot of cups on the table, and all the lonely ghosts will come to add to the fun. I hope that there are people I know well in it, who can see me now and feel relieved from the bottom of my heart.

However, the mask on the face is taken off, but the mask on the heart is difficult to take off. In the next few days, I still often suddenly spoke in the tone of my third uncle, and I would suddenly wake up in sleep, feeling that I had exposed myself and that all my previous efforts had been wasted, and even when I looked in the mirror, I felt a strange feeling. Fortunately. My illusion has gradually faded over time.

After the break. I went back to my shop, when Wang Meng saw me. With a strange expression on his face, it took him a long time to realize that it was me who had returned. He gained some weight and became more decadent. I looked at the rubbings on the shelf, and there seemed to be a few missing. It seems that if there is no business, there will always be one or two orders from heaven.

I lay down on the recliner in the back room, looking at the familiar but unfamiliar environment around me. I started living that daydream-like life again. However, I soon discovered that it was impossible. The heavy business of the third uncle made me have to work hard.

Wang Meng resigned to me for the first time that night, and I gave him a salary increase before he agreed to continue working.

Even the most stable and pure heart is always changing slowly. Of course, this change is positive, and the fault is more on my side. 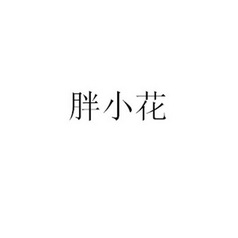 In fact, before, I really wanted to fire him. But these days, I just wish there were more things that made me feel authentic. Try not to make any changes. I don't know what kind of mentality this is, but on the Internet, many people refer to this kind of thinking as: you are old.

There are still some difficulties in using Wu Xie's identity to take over the third uncle's business. On some issues, I got help from my second uncle. There are always bumps in business management, but I am not afraid at all. Because, even if everything in my hand is lost now, I don't care anymore. Once people have this mentality, they can judge those important things more calmly and objectively.

During this time, I also got some information about Xiaohua. All this to him. Not too difficult, just a little rough.

His injuries are serious. After returning home, he stayed in Xiehe for a while, and then transferred to the United States for treatment. It took about two months before I came back from the United States. A few days after returning to China, I received an email from him, in which he told me about his general situation.

He did not attend Mrs. Huo's funeral. According to Mrs. Huo's instructions, the Huo family was replaced by Xiuxiu. With her own strength, it was difficult for Xiuxiu to balance the various disputes in the family. Xiaohua cut off all the business with Huo's family, barely suppressing the situation. Ghosts and snake spirits from all walks of life must have various performances, but the letter from Mrs. Huo's family decided that everything can only be carried out under the water.

The days to come will be quite difficult, but Xiao Hua said that it is better than when he was a child. It's already a good situation. He told me not to worry.

I represented the Wu family in Hangzhou and expressed my attitude. I know that with Xiaohua here, Xiuxiu will definitely be able to go on, and she can walk steadily, and I will definitely help where I am needed: Although there must be a lot of bumps in the future, but now I can only take one step at a time .

About three months after my return, I held a small funeral for Pan Zi. Did a little memorial service. Panzi's tomb is six tablets away from Dakui's tomb. There was no one sweeping Dakui's tomb, and it was already a mess. I simply cleaned it. After that, he helped Pan Zi deal with some trivial matters that he hadn't had time to deal with during his lifetime.

When I entered Pan Zi's rental house, I saw a bowl of rotten and moldy noodles on the table. The chopsticks were on the side, and the stack of moldy tofu in the bowl had completely turned black and dried.

Apparently, before Pan Zi left, he was eating this bowl of noodles. He didn't even have time to clean up and left, never to come back again.

I always feel that he knew that he would never come back, so he didn't do anything about it.

I sat at the table for a while, opened two bottles of beer, drank one myself, then poured out the bowl of noodles and washed the bowl clean. Then, I went out to find Pan Zi's landlord and paid up all the rent that was owed.

The landlord was still very curious: "What about my buddy?"

I thought about it and said to him, "I'm going back to my hometown to marry a wife."

This is the best ending for Pan Zi in my opinion. He had a chance to break away from this circle, but he chose an old path, although I don't know which ending he prefers. As far as Pan Zi is concerned, he may prefer the current ending, but to outsiders, his choice is still wrong.

Fatty has been staying in Banai. It's not convenient to contact by phone, so I can only call Agui and ask how the fat man is doing. Agui said that Fatty's life is very regular now. He does farm work during the day, shakes the dustpan, cooks at night, and stares at the moon in a daze. Most of the time, he and Fatty can only speak two or three sentences a day.

I asked Fatty if he was in any mood? Or was he completely sluggish like before?

Agui said that he couldn't see any emotions, but the fat man worked very neatly and didn't talk much. He was better than before, brother Xie Ling Mi Lu Wang , and he was able to spit out a few witty words on many occasions.

I told Agui, if the fat man is short of money over there, just tell me directly, and I will remit it to him.

I think the fat man will get better. The fat man is not a person who can immerse himself in depression. He knows that Yun Cai definitely doesn't want to see the fat boss become less fun. Fatty will get better slowly, although, in this matter, there will definitely be a scar in his heart that cannot heal. However, Fatty is a good person, God will not embarrass him for too long.

After I raised his salary, Wang Meng became more active in his work attitude. In addition, I also returned to the shop, and the third uncle's business would report to me in the shop again. Many people didn't know my relationship with him. , thought he was my confidant, and flattered him. His life value seems to be slowly emerging, and his spirit has improved a lot.

Seeing that he has a good attitude in doing things, I slowly started to teach him how to deal with some work matters. He got started very quickly, and he really helped me a lot later. Although I didn't expect him to be a right-hand man like Pan Zi, I slowly began to feel that I could rely on him.

Lao Hai contacted me several times because of business matters. Lao Hai's business developed rapidly, but it seemed that he was targeted by a certain department. He was not clean in taxation, and the antique business was always an underground cash transaction, so he was very cautious in doing things later. In order to avoid getting him involved, we used many strange tricks. He didn't show up for many transactions. I contacted the buyer directly, and then exchanged the money for real goods or gold and brought it to his girl.

The girl from his family. It was originally my favorite type, the playful little Huang Rong. However, since that meeting, we really seldom saw each other. Later, she also grew up and matured, and my liking for her at the beginning gradually faded.

Once when I went out to relax, I passed by Hero Mountain. On weekends, there are huge crowds of people. I found Lao Hai's shop among various shops, but the shutter door was locked: I knew he was inside, but I felt too tired thinking of all kinds of pleasantries, so I turned and left. As time went by, we gradually lost contact with each other. I don't know if he went in later or fled the country.