Ali is a good girl in the class. Yuka, Yuko, and Maiko are the three class flowers in the class. They usually bully Ali as a pastime.

“Recently there have been frequent corpse mutilation cases. The dead are all underage girls. Please reduce going out at night. If you have any clues, please contact the police immediately.” The news on the radio immediately caused a commotion in the school. “Ali, let’s find some boys to escort us home. As for the homework, please help us. Let’s go home together after school.” Youjia and others wanted Ali to do the homework for her. Although A Li was extremely reluctant, she didn’t want to offend them because of her feelings, so she had to hide in the toilet and cry silently. The three of Yuka also entered the toilet. Obviously, they didn’t notice Ali, “That fool really wanted to die , we wouldn’t go home with her, it would be good if she was chopped up too.” “No, if she dies No one will help us hand in our homework and clean the classroom.” “Makoto, you are really bad, haha.” Ali covered up her sadness when she heard that she hated them.

After school, Yuka and the others naturally wouldn’t go home with Ali. Ali could only walk alone on the long way home, and the horror of the corpse case made her tremble all over. Suddenly a child caught her attention. It was a child about 6.7 years old, wearing a small hat and carrying a small schoolbag. Since his back was facing Ali, his appearance could not be seen. Out of good intentions, Ali stepped forward and asked, “Little guy, there is a case of mutilation, why don’t you go home? Are you lost?” When she got closer, she found the child was crying. When the child turned his head, Ali was startled, because the child was ugly, maybe it should be said that he was vicious.

“My sister is dead, my sister is dead.” The child kept repeating, wiping away tears. It turned out that a relative passed away, this child is so pitiful, maybe out of sympathy for losing her husband since childhood, she went to comfort the little boy. They quickly became acquainted, and they came to the nearby community area to play on the swings.

“Sister, you are so kind, just like my former sister, can we still play together in the future?” “Of course, my name is Ali, what about you?” “Shi Tailang.” The child replied vaguely.

“Sister, if someone bullies you in the future, you must tell me, and I will definitely protect you.” “Okay.” What a good boy. Ali didn’t take his words to heart. 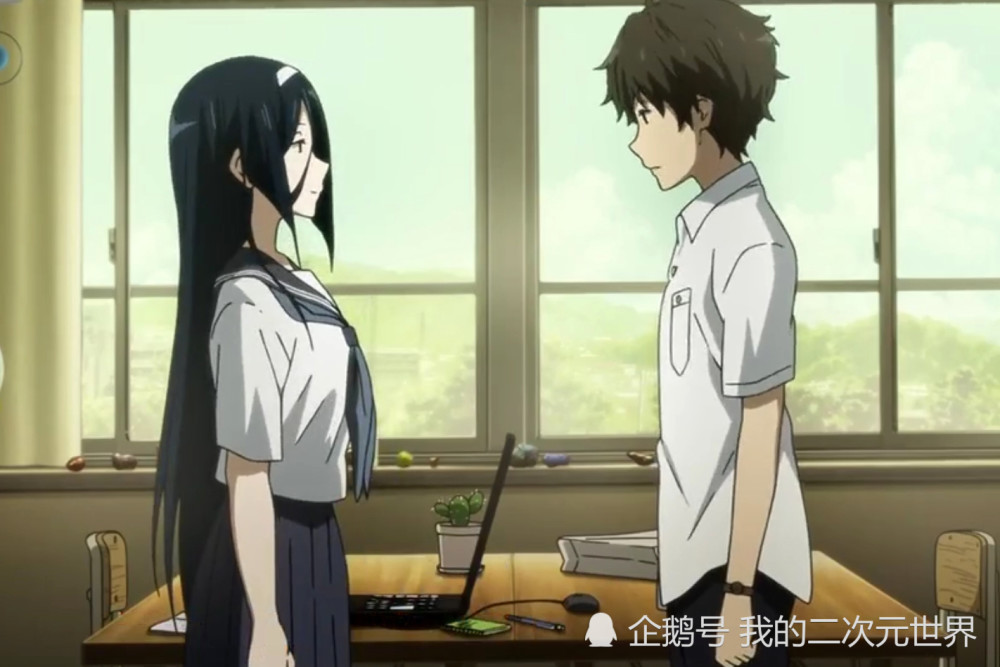 “Sister, I’m going home, do you want to visit my house?” Ali saw that it was getting late, so she politely declined.

“Sister, I will come to play with you in the future, goodbye.” Saying that, the child bounced back home.

The next day, Yuka and the other three still had fun with Ali. “Ali, the three of us have a date today, I will leave the cleaning to you today, and I will treat you to a snack tomorrow.” Said playing, and walked out of the classroom with a playful smile. Although it was a treat to eat, but never fulfilled the promise. “It would be better if you all died!” Ali cursed.

On the third day, none of Yuka and the others came to school. “Another three innocent girls were brutally murdered. The murderer still used the method of dismembering the corpse, and the head of the deceased is also missing. Please pay attention to travel safety issues.” The broadcast said. It was later confirmed that the corpse belonged to Yuka and the others. After hearing the news, Ali was very happy, but she was also full of confusion…

Shi Tailang came to play with Ali that night, because three enemies died unexpectedly, so Ali was very happy today, and she went home after playing with Shi Tailang. Before leaving, Shi Tailang still did not forget to say: “Sister, if someone bullies you in the future, you must tell me, and I will definitely protect you.” This made Ali’s confusion even deeper.

“You damn girl, you still know how to go home? What about homework? You don’t have to eat today, go upstairs and do your homework!” Ever since my father died, my mother’s temper has been surprisingly violent, and today’s nagging is just commonplace. Ali reluctantly went upstairs, nagging while doing her homework: “It’s so annoying, it would be great if there is no mother.” Talking about playing, Ali felt that someone was watching her from the window, she looked up and was frightened, It turned out that Shi Tailang crawled on the window and smiled at her, his smile was both sinister and terrifying. how is this possible? This is the second floor, how could a child climb up? Ali thought she had misread, so she rubbed her eyes to see clearly, but when she opened her eyes, there was nothing. An ominous premonition welled up in my heart. “Mom! Mom!” Ali ran downstairs to see if her mother was safe, but her mother was gone. Police were called a few hours later with the help of neighbors, but got only vague answers that they would find out soon. 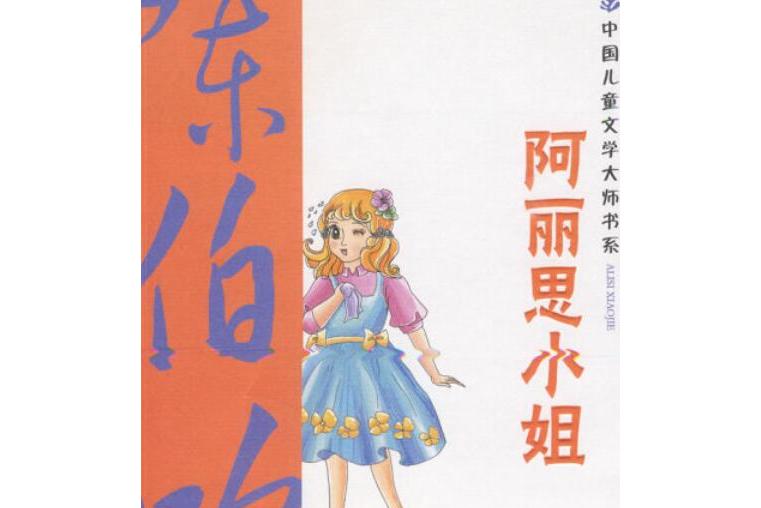 “Could it be Shi Tailang? But he’s just a child.” Ali’s mind went blank. Mom still didn’t come back the next day. Ali didn’t go to school, she waited for Shi Tailang at the swing place, because she wanted to know all this. In the evening, Shi Tailang ran over happily. Shi Tailang asked Ali very puzzled: “Sister, why are you unhappy? Aren’t all the people who bullied you dead?”. Ali was taken aback when she heard this: “Taro, how do you know they are all dead?”. Shi Tailang just laughed and said nothing. Neither of them spoke after that.

“Sister, would you like to visit my house?” Shi Tailang finally broke the deadlock.

“Okay.” Ali agreed to him out of the mentality of wanting to solve the mystery. 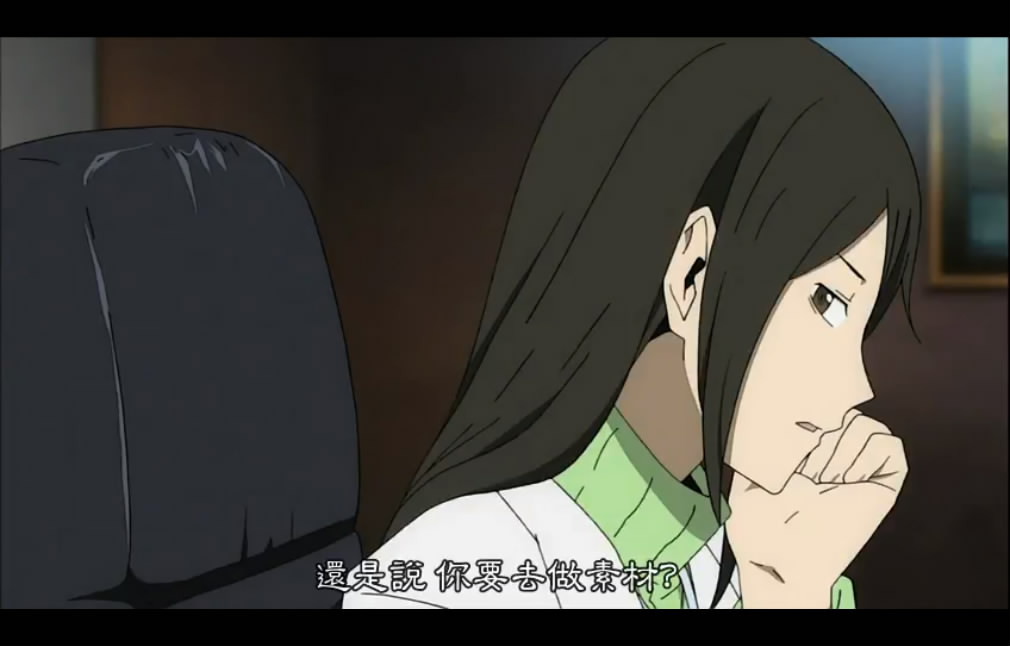 This is a very remote path . Although Ali was born here since she was a child, she has never seen this path today before. “Here we are!” Shi Tailang shouted happily, pointing to a bungalow in the distance, and jumped into the house first. A closer look at this old house is covered with cobwebs and the windows are broken. “Dead Taro!” The door sign outside the house made Ali tremble all over. “Sister, please come in.” Shi Tailang came out holding a candle, under the light of the candle, his already ugly face looked extremely terrifying. It was very dark inside the room, and I could only use my hands to grope for it. Ali was startled when she suddenly encountered a fluffy thing. Shintaro brought candles and put them on the table. “Ah!” Ali screamed, it turned out that Yuka’s head was touched just now, she took a closer look, Yuka’s head was nailed to the body of a wooden doll, next to the heads of Yuko and Makoto. Ali was so frightened that her legs went limp.

“Sister, they are my toys. This is my mother. Come and get to know them.” Following Shi Tailang’s voice, Ali looked around with the help of dim candlelight. At this moment, Ali almost lost consciousness in fright. The mother’s head was also nailed to the wooden doll.

A desire to survive told Ali to run fast, and she kept running, running desperately. Shi Tailang cried and chased after him: “Sister, don’t run.” Ali ran into a dead end unknowingly. Shi Taro also chased in. Ali supported the wall, her tears had already flowed down, her legs couldn’t move, and she knelt down under the wall all of a sudden. Shi Tailang was crying too. He took out a shiny long knife from his schoolbag: “Sister, why did you run away?” “You killed Yuka, the others and my mother?” “Yes, but they were bullies. Sister’s people, they should be damned, I said to protect my sister.” “I don’t want your protection! You are a devil!” “There were a few older sisters like you before, but they would run away after they went to my house, so I killed them. Kill them and cut them into pieces, so that they belong to me alone.” “You killed those girls before? You are really the incarnation of the devil!” “Since my sister doesn’t want me, don’t blame me Be ruthless, because I want you to belong to me alone.” Saying that, he rushed up with a knife…

“Last night, another underage girl named Ali was killed. The murderer still used the cruel method of dismembering the corpse. The general public should pay attention to safety.” Meizi, who was at Ali’s school, came home from school when a child suddenly caught her attention. . It was a child about 6.7 years old, wearing a small hat and carrying a small schoolbag. Since his back was facing Meizi, his face could not be seen. Meizi came forward to ask kindly, and the child cried while saying, “My sister is dead, my sister is dead…”