In the empty valley, a group of seven people are walking slowly. They are here to collect herbs. The deeper the mountain, the more precious the herbs are. Although there are dangers everywhere, it is worth fighting for money.

“What the hell is this place? Why is it so cold all of a sudden?” Liu Wenming shuddered and complained, but no one paid any attention to him.

“We seem to have gone the wrong way.” Captain Lin Xi said while holding a map.

“Then what should we do, we won’t be trapped here!” It was the tall and tall Juan who spoke.

Lin Xi took the map and studied it carefully, “Yes, there is a fork in the road going forward through this valley, and we can go out from here by going around there.”

“Then what are you waiting for, let’s go!” said the impatient Ma Chao.

As evening fell, fierce beasts lurked everywhere in the dangerous mountains. The more night it became, the more opportunities for wild beasts to appear. If you were not careful, you would be attacked by wild beasts. The seven of them did not dare to rest and continued to move forward without stopping. They walked out of the valley very quickly, and everyone stopped at the same time as soon as they got out of the valley. They all gasped and were shocked by the scene in front of them.

Right in front of them, there are endless grave mounds in front of them. There are a few crows perched on almost every grave mound, making ugly croaking sounds. The trees hang down their mutilated bodies , and proudly show people the bloody wounds, all of which are daunting.

This is a cemetery that is depressing, suffocating and lifeless. The wind lingering in Yin Qi blows past, and the cold air pervades. Everyone feels a bone-chilling chill all over their bodies, and shiver unconsciously. The sudden appearance of the cemetery makes people feel that there is something weird about this place.

“Strange, there is no cemetery marked on the map,” Lin Xi said.

“Maybe it was established later,” said Zhou Cheng, the youngest.

“Impossible, this desolate appearance looks very old, more like an ancient battlefield, and the armor proves that this place has been here for at least two hundred years,” said the thoughtful Qi Xuan.

Lin Xi glanced at a white bone not far from him and said, “Anyway, let’s leave quickly! You should be able to find the fork in this cemetery. I always feel that this place is depressing.” .

“What the hell are you calling, didn’t you just step on a white bone?” Juan roared with a loud voice.

Just as Zhou Cheng, who was still in shock, was about to fight back, Lin Xi said, “Okay, stop arguing, it’s going to be dark soon, we can’t delay any longer.” 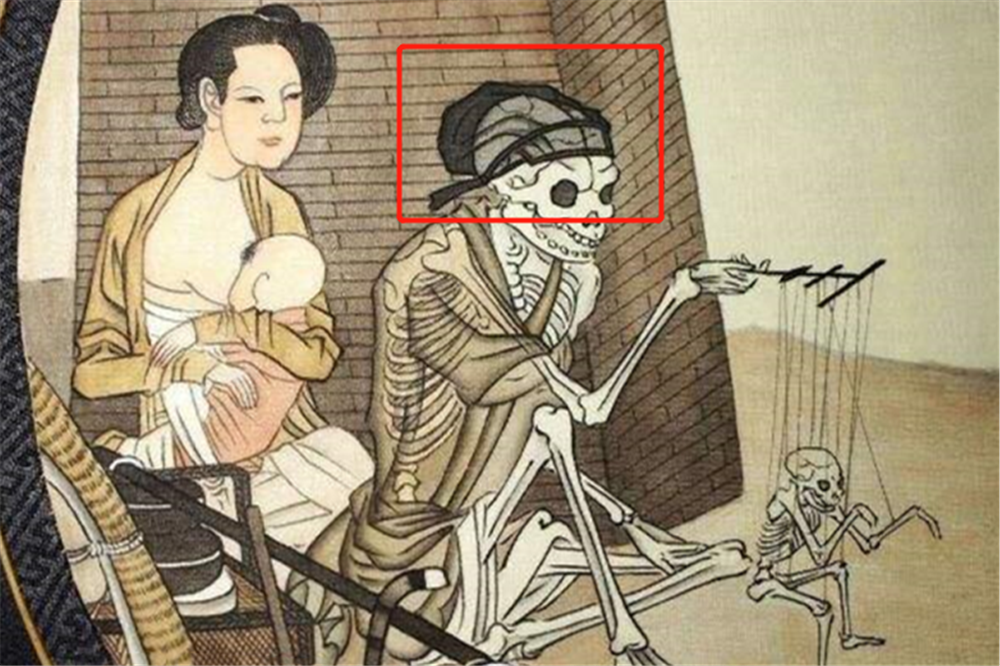 The seven people continued to walk, and suddenly smelled a fragrance. They continued to walk and found a few extremely bright flowers not far in front of them. They were extremely tall, about seventy or eighty centimeters high, and few of them knew this flower. What is the flower.

Liu Wenming, who has always loved flowers, was just about to reach out to touch them, “Don’t touch it,” Qi Xuan shouted eagerly, and Liu Wenming looked at Qi Xuan suspiciously.

Qi Xuanchang breathed a sigh of relief and said slowly: “The flowers in the cemetery are so weird, and this flower is extremely tall, I suspect that it is a piranha.” Especially when talking about piranhas, he deliberately He added a heavy tone, for fear that the few people would not be able to hear it.

Hearing that it was a piranha, several people gasped, and they all took a few steps back, far away from the piranha, they still knew the horror of the piranha, it could engulf the whole person.

“Hurry up, this is not a place for people to stay at all.” Liu Wenming looked a little flustered.

Suddenly, Juan blushed, angrily pulled out the dagger at his waist and stabbed at the neck of Zhou Cheng who was closest to him. Zhou Cheng, who was caught off guard, was stabbed. Immediately, blood sprayed out, and he stared wide-eyed at Juan in surprise, opened his mouth to say something but couldn’t make a sound, fell straight to the ground, suddenly lost his breath, and became a cold corpse.

Several people watched in amazement that Juan was stunned for a while, Lin Xi reacted first, and shouted “Juan, what are you doing”, Juan didn’t seem to hear Lin Xi’s words, he seemed to have lost his mind and held a dagger in the air He stabbed wildly, and roared: “Kill…kill…”.

At the same time, Liu Wenming suddenly pulled out the steel knife and stabbed Wu Gang, the two brothers who had remained silent all the time. Wu Gang dodged hastily and avoided the vital point, but was still pierced in the shoulder. 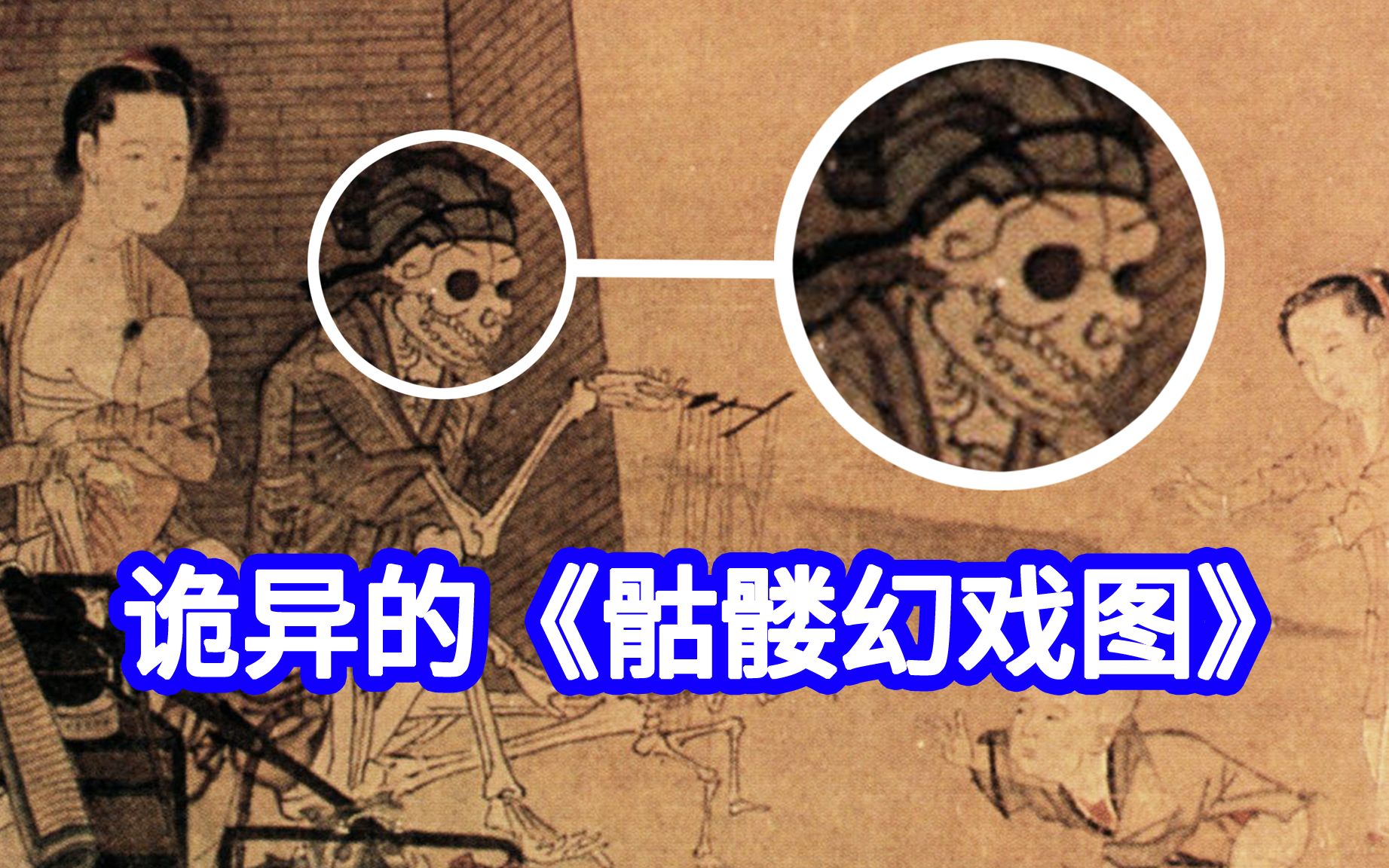 Seeing his younger brother being stabbed, Wu Bing pulled out the steel knife and stabbed it into Liu Wenming’s chest without hesitation. The crazy Liu Wenming abandoned the knife and opened his mouth to bite Wu Gang’s neck. At this moment, Wu Bing also stabbed towards Liu Wenming frantically, but Liu Wenming didn’t utter a cry of pain, and none of the three of them uttered a cry, as if he wasn’t the one who was injured.

The rest of the people were shocked by the scene in front of them. What was going on? Lin Xi suddenly had a bloodthirsty urge, and the aroma in his nose became more intense. He suddenly realized that it was that aroma.

He shouted: “Hold your breath quickly, it’s the flower that enchants your mind.” Qi Xuan seemed to have already felt the strangeness of this flower, and he had already covered his mouth and nose without Lin Xi’s prompting.

The rest of the people had already lost their minds, how could they still hear Lin Xi’s words, the two looked at each other, shook their heads and left quickly. As for Juan and the two of them, they are powerless to stop them, and they will surely die if they see clearly.

Sure enough, in the end, Juan bleeds to death from seven orifices, Liu Wenming was stabbed to death, Wu Gang was bitten to death, and Wu Bing died in the same manner as Juan.

Lin Xi and Qi Xuan, who fled in a hurry, ran about a thousand meters away. They took a breath slowly, and the fragrance of the flowers was gone, so they gasped heavily without any scruples.

As night came, the crooked moon hanging in the sky hid itself in the clouds, as if it was afraid of something. The pale light immediately turned into bottomless darkness, and the tumbling clouds covered the only ray of light with nightmares, making the night look darker and darker.

Lin Xiqixuan and the two walked slowly. Suddenly, there was a strange sound of “Jie Jie”, and all the crows flew away.

“What… what is this sound?” Lin Xi’s voice trembled. As soon as he finished speaking, the piercing voice of “creak…creak” rang in his ears, and Lin Xi’s stiff neck mechanically turned to the voice.

“What’s that…” Lin Xi watched in horror as the scattered skeletons in front of him had reorganized at some point, and they stood up slowly, and then slowly floated up. Something summons in general. All of a sudden, they were all frozen in the air, and a gleaming round crystal flashed out on top of these broken skeletons, which was really weird.

Lin Xi looked at the strange scene in front of her, her eyes filled with disbelief, but something even stranger happened. After the crystal swallowed all the skeletons, it seemed to hiccup, and then it wriggled slowly, and a stunned thing happened.

It slowly turned into a shining golden skull, “Jie Jie” it let out an evil sound, Lin Xi suddenly felt his scalp go numb. Gradually, the golden-yellow skeleton gradually grew bigger, until it was as big as a giant truck, and there was a faint will-o’-the-wisp in its two lantern-like eyes, showing an evil spirit.

What frightened Lin Xi the most was that Lin Xi actually saw the skeleton’s eyes glowing with will-o’-the-wisps looking at him. Those eyes seemed to take people’s souls away. Suddenly, a breath of death enveloped her heart. Lin Xi instinctively looked at him. want to escape. But when he just turned around, he found that Qi Xuan had disappeared, and the surroundings were empty except for the skeleton.

“I’m here…” A deep voice sounded, Lin Xi turned around unconsciously, and what he saw was a strange and strange face.

“Who are you?” Lin Xi was a little suspicious, “I’m the Qi Xuan you’re looking for.” The evil young man waved at Lin Xi with a masked face in his hand.

Lin Xi looked carefully, and that masked face turned out to be the familiar Qi Xuan. Lin Xi suddenly realized that it wasn’t Qi Xuan who had been following us all this time.

“What’s wrong with Qi Xuan? What’s your purpose of following us?” Lin Xi asked one after another.

Lin Xi’s body trembled: “You killed him”, and the evil young man smiled evilly: “You are dying, and you still have the mind to care about other people’s life and death.”

When death was approaching, Lin Xi wanted to escape but found that she couldn’t move. She suddenly felt panicked. What’s going on? Lin Xi looked up and found those two will-o’-the-wisp eyes looking at him. Lin Xi hurriedly lowered her head and dared not move. Looking at him, it was he who controlled me.

“Don’t waste your time, you won’t be able to get away. In order to thank you for bringing me here, I’ll make you understand.” The evil young man said slowly: “A few days ago, I read that there is a An ancient battlefield, the book introduces that after a tragic battle, both sides died a lot, and only a few of those people were buried, and most of them were thrown out. After years of baptism, it is now a piece of skeleton grave So, I killed Qi Xuan and pretended to follow you, but I didn’t expect you to find it. Everything in this place is suitable to be the nourishment of my ghost bones, and you will also become my ghost bones. It is a great honor to be nourished.”

After listening to these words, Lin Xi understood the whole incident, and sat on the ground weakly, feeling that he could not escape this disaster no matter what.

Sure enough, the evil young man gave an order, and the skeleton opened its mouth and sucked at Lin Xi, “Ah… ah…” The screams echoed in the air, and within a few breaths, Lin Xi was sucked into the mouth of the skeleton…

“It’s over, ghost bone, let’s go,” the evil young man sitting on the skeleton’s shoulder said to the skeleton. The skeleton flew away with the young man in the air, flying farther and farther until it disappeared.

The bleak wind blew by, and there seemed to be a mournful sound from the lonely and desolate cemetery, as if telling something. Suddenly, the lonely cemetery became a little illusory, and it gradually disappeared as if it had completed a certain mission. gone, without a trace…