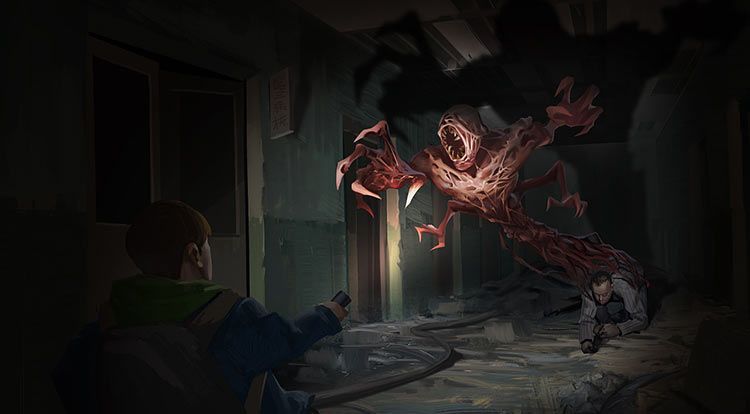 When I was in school, I was always polite (of course, I may be a so-called nerd in the eyes of others), and I never encountered any fights. Pushing and shoving.

When I grew up, whenever I drank and chatted with my buddies, I heard them brag about how brave I was before, but I couldn’t really yearn for it. I always felt that I was not grown up enough to be a man! It wasn’t until I entered the hospital for an internship that I saw many teenagers who were carried into the emergency room after fighting. The pain and cruelty caused by the blood and injuries were really far from the descriptions of my buddies’ usual lively and lively, so I gradually broke down. look forward to.

That day when I was on the night shift, I was quite free. I just fell asleep in a daze when I heard the noise downstairs. It must be an emergency room. However, as long as they don’t call the operating room, I have nothing to do with it, so I changed my position again. continued to sleep. 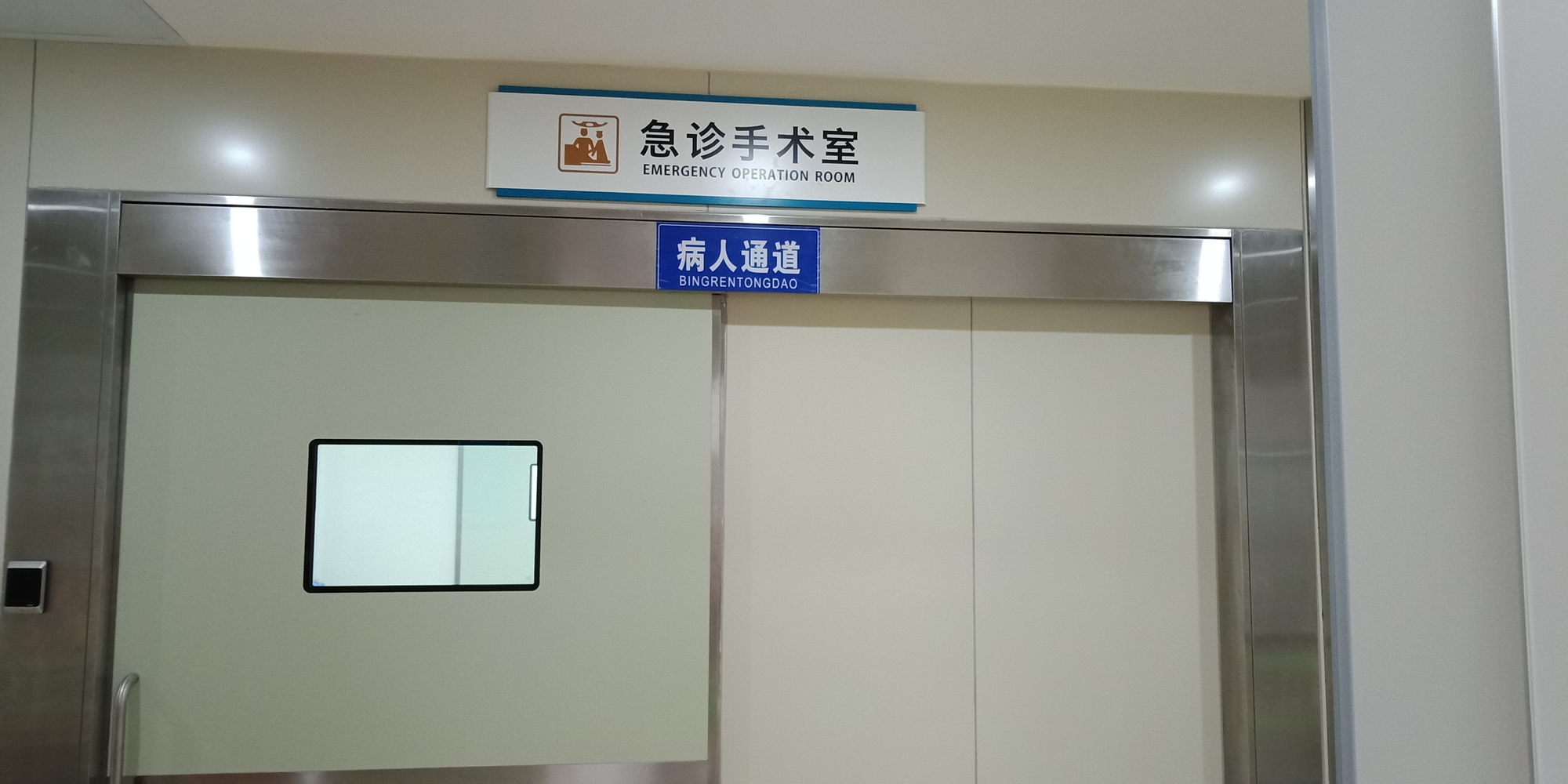 I don’t know how long it took to be drowsy, and suddenly I was awakened by a knock on the door, and I suddenly got a little angry. After staying here for almost a year, I have also become a little angry. I can tell from the sound that the knocking on the door must be some family member of the patient who has nothing to do. If there is an emergency operation, it must be called. Will come to shout… So, the person outside the door must be an idler, maybe he is here to ask for directions!

I was too sleepy, so I simply ignored it. I didn’t expect the person who knocked on the door to be very patient. It had been three full minutes, and he was still knocking on the door with “dang, dang, dang”. Put on your shoes to open the door.

Standing outside the door was a boy in his teens. Seeing my impatient expression, he licked his lips and didn’t dare to speak. Anyone who is familiar with the hospital should know that even in the middle of the night, the lights in the corridor outside the duty room will be brightly lit. Usually, I don’t think there is anything wrong, but this young man’s face is illuminated by the pale light, and it looks a bit bleak and desolate. Seeing his submissive expression, I couldn’t help but feel a little pitiful, so I slowed down and said, “I’m on duty in the operating room, what’s the matter?”

“Doctor, may I ask, are you in charge of the emergency room downstairs?” He looked into my eyes and asked word by word, his voice very soft. Although the question was ridiculous, his expression was too serious to make people feel embarrassed to ridicule.

“Doctor, may I ask, can you go to the emergency room downstairs? There are too few doctors there!” His speech was really weird, and he carefully added “Doctor, may I ask” before every sentence, not so much Politeness is more like coercion in disguise, and the gesture of sincerity and sincerity makes it impossible to refuse.

I guessed that he was probably a family member of a patient who had just been sent to the emergency department, and he might have some differences with the doctor on duty. I couldn’t find anyone else in the middle of the night, so I went upstairs and knocked on the door one by one to try my luck. After lingering with him here for a long time, I didn’t feel sleepy anymore, so I simply acted as a good person and promised him to go downstairs to have a look. In fact, when I say “take a look”, I really just look at it. As a surgical intern, how can I manage other people’s emergency room business?

I wobbled down the stairs, and before I walked into the door of the emergency room, I heard a sudden burst of crying from inside. This scene was so familiar, it must have been rescued! Although I have long been used to these life and death partings in the hospital, I still feel a little sorry, after all, I promised the boy to come to help. I turned to look for him, wanting to comfort him, but I didn’t expect that my back was empty, and I turned sideways to look up the stairs, but I didn’t see him at all. I was a little puzzled in my heart, but I didn’t pay much attention to it. I just thought that I should go in and see what was going on, so that I could have an explanation if I met him later. A middle-aged woman was sitting paralyzed in the room, her hair was disheveled, and she kept wailing: “My son… my son…” She was almost fainted from crying, and someone beside her was supporting her in a hurry. Listening to this shrill cry, I also felt a little sore. It seems that the person who passed away should still be a child, and I don’t know what kind of acute illness the person suffered in the middle of the night, so he died suddenly.

“It’s a step late. I was just discussing whether to have an emergency operation. I was about to contact you, but the breathing and pulse stopped in the ambulance! Alas——it’s a pity, the little boy is only 15 years old!” A nurse in the emergency room Seeing me leaning against the door and looking in, he came out and talked to me.

“Yeah, the most pitiful thing is the parent! By the way, what is the child’s condition, trauma?”

When she saw me asking this, she immediately pulled me out, and said in a low voice, “It’s not convenient to talk about it inside, this kid was stabbed to death, but according to my opinion, he did it himself!”

“He went out to play and fought with someone in the afternoon. He was stabbed with a knife. The knife wound was thin and narrow, so he didn’t take it seriously. He secretly pasted some gauze in the clinic and went home! Unexpectedly, the family members found something wrong after sleeping until midnight It’s too late to call us again. Think about it, the spleen has been ruptured for six or seven hours, and the stomach is full of blood, which bubbles out as soon as you touch it!” She spoke vividly, her face filled with righteous indignation, It weighs heavily on me, and I don’t know what my buddies who claim to be invincible will think about it.

I sighed and said goodbye to her. I was going to go back and catch up on sleep before dawn. As soon as I turned around, I saw the heartbroken mother hugging the child covered in white cloth. The person standing in front I hurried up to stop her, and I also hurried over to help. It seemed that the poor woman was a little out of her mind, and she pulled the corpse vigorously and said that she would take her son home to sleep, and she had to go to school tomorrow morning!

Everyone went up to stabilize my mother. I looked at the dead body lying there stiffly, and I was stunned for a moment. The short hair that scratched and the pale and thin cheeks—this was clearly the boy who knocked on my door just now!

how come? I panicked immediately, and really wanted to catch someone and ask clearly, this child has twins? Is it my eyesight? I remember wrong? It can’t be a hell, can it? ——But in the face of those sad family members, these few words could not be asked, and finally had to give up.

After rushing back to the office, I was still sweating while holding a hot teacup. It seems that there will never be an explanation for this incident. Now I can only think about Amitabha and hope that this rare incident will never happen again.

“Doctor, may I ask, am I really dead?” A familiar voice came from outside the door, soft and thin…