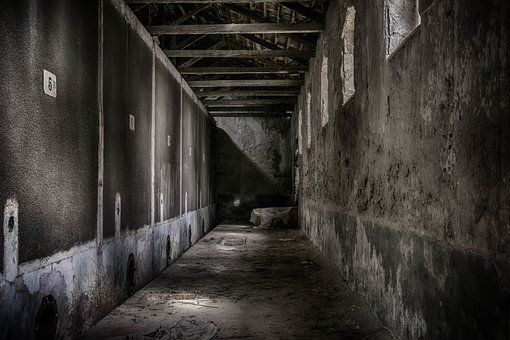 It is said that there is a man named Hao Weiliang in Jingzhou. He is rough and straightforward, good at fighting, and he is a powerful man. On the cold food day in the second year of Emperor Wuzong of Tang Dynasty, Hao Weiliang and a few buddies went to the countryside for an outing. After a boring winter, when they came to the wild, these guys had a good time, playing football and wrestling, and brought wine. After a hearty exercise, he began to drink and have fun.

After getting drunk, Hao Weiliang lay down on the spot in a cemetery.

It wasn’t until dawn that Hao Weiliang woke up suddenly. Suddenly sober, he only felt that his whole body was gloomy, why was it so cold? He rubbed his shoulders, only to feel that the surroundings were strangely quiet. He opened his eyes and saw, how could this be his own warm bed, with a bulging small bag under his feet, and what was in his hand? Hao Weiliang saw the Yingying ghost fire floating in front of his eyes, Mingbi! Hao Weiliang brushed it away and cursed secretly, he actually slept in the cemetery! 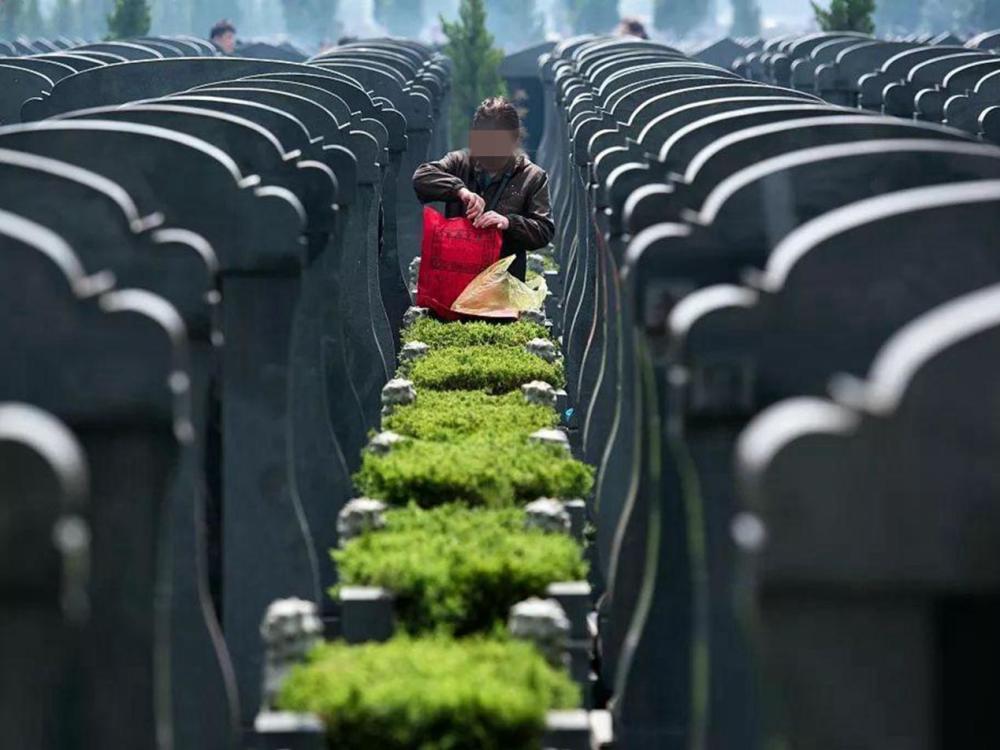 Hao Weiliang looked up suddenly, the thing was frightened, flapped its wings and flew away, it turned out to be a night owl.

He softly called his buddies’ names, but no one answered for a long time, Hao Weiliang cursed secretly, these unscrupulous bastards actually let me sleep in the cemetery alone, and won’t peel your skins when I go back.

After cursing, he didn’t dare to stay any longer. He hurriedly got up and was about to go home. There were many pines and cypresses around, the old trees covered the sky, and the whole forest was dark. There were often strange chattering noises not far away. Although usually bold, but suddenly fell asleep in the cemetery, I still feel hairy.

Under the hazy starlight, Hao Weiliang managed to walk for a mile. The alcohol passed away, and he was completely cold now, and he felt thirsty. When he was suffering, he suddenly saw a house not far in front of him. This family is very simple and simple. Although there are lights inside, but for some reason, it looks dim, as if there is something between them. Hao Weiliang took a look, hey, there is someone, overjoyed, knocked on the door quickly, begging for a glass of water. 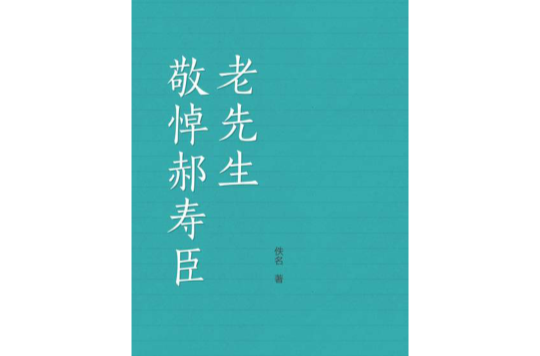 It was a woman who came to open the door for him. This woman was haggard, pale, and dressed in rags. After she passed the water to Hao Weiliang without a word, she continued to sew under the dim and weird lamp.

After a few sips of gulp, Hao Weiliang handed back the large coarse porcelain bowl to the woman, but the woman lowered her head and sewed something, “Sister, thank you for the water.”

The woman still lowered her head and did not answer.

Hao Weiliang who was standing at the door had no choice but to step in, trying to put the bowl back on the table. “The bowl is on the table for you, I’m leaving.”

After putting down the bowl, Hao Weiliang was about to turn around and leave when the woman sighed quietly behind his back, Hao Weiliang couldn’t help shivering, the tone seemed to ring in his ears, even the hair behind his ears fell apart with this sigh floated up.

Turning his head suddenly, Hao Weiliang suddenly found that the woman was still sitting motionless and sewing under the lamp, no, his brain just turned around at this time, that lamp! The light from that lamp turned out to be a faint blue color! No wonder it is so dark, no matter how bright it is.

Where did the single woman come from in the wilderness?

Thinking of this, Hao Weiliang took a deep breath, and the remaining alcohol evaporated instantly. Just when he was about to turn around and run away, the woman said faintly, “Don’t be afraid, I heard that you are timid. That’s why I dared to show up to meet you.”

Hao Weiliang took a deep breath and tried to calm himself down. He knew that if he met ghosts in the wilderness, as long as he was entangled by them, he would not be able to escape no matter what. He had to force himself to stand where he was, intending to listen to her thoughts. what to do.

While sewing, the woman said unhurriedly, 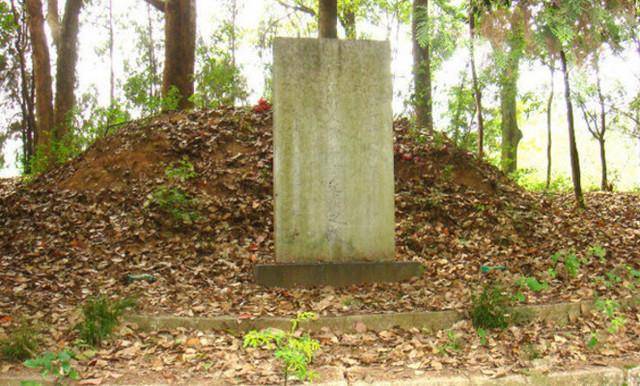 “My concubine is originally from Shaanxi, surnamed Zhang, and was married to Li Zihuan, a sergeant. My husband went west to garrison the border during the reign of Yamato, and there is still no news of him. I missed him dearly, was weak and sick, and eventually died of illness. Because I had no relatives before my death, I was It has been more than ten years since my kind neighbor buried me hastily here. No one worships me, and no one cares for my tomb. My coffin is exposed to the sun. I really want to be buried, but there is no way .Because there are regulations in the underworld, if the bones of the dead cannot be buried in the soil, the soul will not be able to return to the underworld after all.

After hearing the plain and sad life experience of the female ghost, Hao Weiliang calmed down a bit. “Then what do you want, Miss?”

At this time, the female ghost raised her head and looked at Hao Weiliang with burning eyes.

“I hope you can take pity on me, sir, and help me choose another location for the corpse and bury it again. This is also a merit of yours. As for me, I can rest in peace, and I don’t have any last wishes in this life.”

After pondering for a long time, Hao Weiliang scratched his head, “Helping you find another place to bury again, this is easy to say, and I am willing to do it, but I have no property, no family property, too poor, no money Help you move the grave, what should I do?” 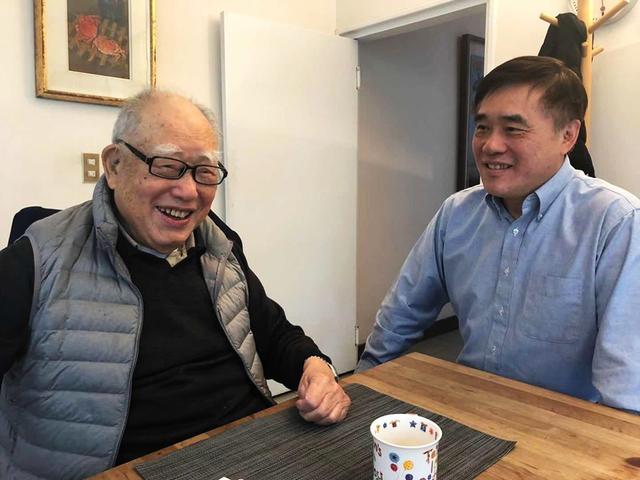 Seeing that he didn’t refuse, the woman stood up happily, “Although I am a ghost, I have always been diligent and willing. I have never neglected female workers. Since I became a ghost, I have worked as a servant in Hu’s family, and I have done a lot of raincoats for them. It’s been a year, and now I have saved 130,000 yuan, which is more than enough for the funeral expenses.”

Hearing the female ghost’s swearing, Hao Weiliang promised that as long as he has money and strength, he will help her to settle properly.

After returning to the street, Hao Weiliang inquired that there was indeed a family surnamed Hu nearby. After confirming that this family was the one the female ghost had mentioned, he went to find the owner and told about what happened last night. feel surprised.

The two of them went to the place where Hao Weiliang met the ghost last night, and they saw an open-air coffin not far away. Hao Weiliang stepped forward to open it, and the inside was full of dry bones. There were some unfinished paper raincoats scattered beside it, and there was a pile of copper coins in the corner. Hao Weiliang took it out and counted it, no more, no less, exactly 130,000.

Looking at the dead bones in front of her and the copper coins she worked so hard to save, Hu thought that just a few days ago, she saw her working diligently, her voice and smile were in front of her eyes. She couldn’t help but sigh with emotion for a long time. After returning home and telling her friends about the incident, everyone felt that the female ghost was pitiful, and they donated money one after another. Finally, they raised 200,000 yuan and chose a good day for her burial. This place is Ludingyuan.

That night, the female ghost came to Hao Weiliang and Hu’s dream, thanked her again and again, and then turned into a cloud of smoke and left.