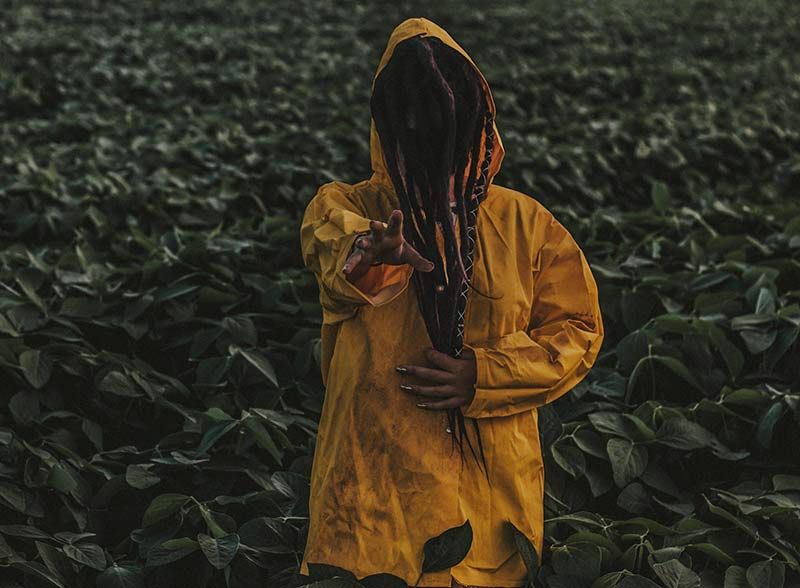 During the Tang Dynasty, there was a large family in Luoyang, with four generations living under the same roof, living in a luxurious mansion. However, there was an unforeseen event, and suddenly one day the mansion caught fire, and the thick smoke from the flames lit up most of Luoyang City. The fire burned for three full days and three nights. Three days later, the mansion was reduced to ruins. There were seventy-eight people living in the mansion, and none of them survived. They all turned into a pile of charred bones.

The only one who was spared was a young lady from this family, surnamed Sima, named Chu Yan, who was only sixteen years old, but she was icy-skinned and snow-skinned, with a gentle and virtuous personality.

Chu Yan leisurely opened his eyes, and found that he was in a very gorgeous room. There was a chic white jade incense burner on the table, burning incense heavily, and there were all kinds of exquisite pastries on the mahogany table. Yan struggled to get up, but she found that her limbs were sore and soft, and her face was burning with pain. She touched her face with her hands, and it was covered with gauze. Chu Yan was startled, and just remembered the fire, could it be Did you disfigure yourself in the fire? How about her relatives, are they safe and sound at this moment? Thinking of this, Chu Yan was so anxious that she struggled to get up, turned over and fell to the ground.

Hearing the sound came a young man in white, dressed in white clothes, spotless, with handsome sword eyebrows, amorous peach blossom eyes, and charming lips. Although Chu Yan thought he was a beauty on weekdays, when he saw the young man, he couldn’t help it. Can’t help but gradually become dirty.

“Miss, you are very weak and it’s not easy to get out of bed.” The boy in white picked up Chu Yan, put her back on the bed, and carefully tucked in the quilt for her. Chu Yan blushed slightly, she had never been so intimate with a man at such a big age.

“Did you save me? Where are my relatives? How are they?” she asked.

The young man in white showed a look of embarrassment and remained silent for a while. Chu Yan is a very smart girl. Seeing this, she already understood most of it. She sighed quietly and said slowly: “The family is broken, and people are dead. I would rather die than live.” What?

“You are the only blood of the Sima family. No matter what, you should live strong. If your dead relatives hear you say that, they will definitely not rest in peace.”

“My face…” Chu Yan loves beauty, even in this situation, she has not forgotten it.

“Your face is fine. After ten days, take off the gauze and everything will be the same as before. You can rest assured, miss!” Hearing this, Chu Yan breathed a sigh of relief.

Time flies like an arrow, and in the blink of an eye, it has been more than half a month. Under the careful care of the young man in white, Chu Yan recovered quickly, and she could get out of bed soon. She went to her own mansion, and the former splendor has been reduced to ashes. Chu Yan stood alone in the broken wall with tears streaming down her face. If Bai Sanlang hadn’t pulled her, she would have bumped her head to death.

The lonely and lonely Chu Yan soon married Bai Sanlang. Bai Sanlang was young and handsome, and he was his savior. Chu Yan was satisfied with this marriage and lived a happy life after marriage. Together they Touring mountains and rivers, reciting poems together under the moonlight, Chu Yan playing the piano, San Lang dancing swords, and the gods and couples are nothing more than that.

In the fourth month after marriage, Chu Yan seemed to feel unwell, lazy all day long, and wanted to vomit after eating, San Lang took Chu Yan’s pulse, with a happy expression on his face, and leaned over her ear and said softly: “Miss, you are happy.” Chu Yan was so ashamed that her ears turned red, and she was very happy in her heart, looking forward to the arrival of this little life.

March 3rd is the temple fair, which is the most lively day of the year, and they naturally don’t want to miss it. Chu Yan dressed up carefully early in the morning, and Bai Sanlang went with him worried, but the people in the temple fair There were too many, and after a while, they were dispersed by the surging crowd. There was a middle-aged man dressed as a Taoist priest, staring at Chu Yan, looking at her with trepidation. For some reason, she was very afraid of this People, he always felt that this Taoist priest would bring her bad news.

Chu Yan hurriedly mixed into the crowd, walked around in a hurry, looked back, the Taoist priest was gone, she let out a long breath, and then turned around, almost frightened her soul, the Taoist priest straight Standing in front of her, he bowed to her, and said: The benefactor’s Yintang is black, and his face is black. If Pindao guessed correctly, he must be haunted by a goblin. Chu Yan ignored him and walked forward on his own, but the Taoist stopped him, handed her a small bronze mirror, and said, “You can tell if it’s a demon or a human being by looking at it.”

Chu Yan returned home apprehensively, Bai Sanlang was already waiting for her anxiously at home, her heart was agitated, goblin, who is a goblin, could it be Bai Sanlang? It was so ridiculous, she couldn’t believe it.

It was late at night, the red candle was dripping tears, San Lang was fast asleep, but Chu Yan was thinking about it, tossing and turning, the Taoist’s words were always in her mind, so she couldn’t help taking out the bronze mirror, and first Looking at herself, she was as gorgeous as a peach and plum in the mirror, and her trembling hands looked at Saburo who was sleeping soundly. With a “dang”, the bronze mirror fell to the ground, her eyes darkened, and she fell down limply.

I don’t know how long it took for Chu Yan to wake up. She saw San Lang and hardly recognized him. His hair was all white and his face became very thin. , The love has already been born, she can’t let it go, she is thinking about it, Saburo speaks.

“My lady, our fate has come to an end, Sanlang, I’m going on a long journey!”

Chu Yan became anxious when he heard that, and grabbed San Lang’s hand, “Where are you going, have you forgotten that we are husband and wife? You said that we will live forever!”

There were faint tears in San Lang’s eyes, and he said: “Two thousand years ago, my master told me that you have a calamity, if you pass it, you will be consummated, if you can’t pass it, you can only…

“What will happen…” Chu Yan was anxious.

“I understand now that my robbery is you. When you were a little girl, I occasionally saw you on the side of the road. For some reason, I felt a strange feeling in my heart. So ten years later, I deliberately revisited , when I saw you again, you were already a very beautiful girl. I wanted to have you, but your family is a big family, and you pay attention to being well-matched, but I am just a monster. You were betrothed to me, so after a lot of thinking, I burned your mansion with red fireworks, and then took the opportunity to rescue you in the fire.” 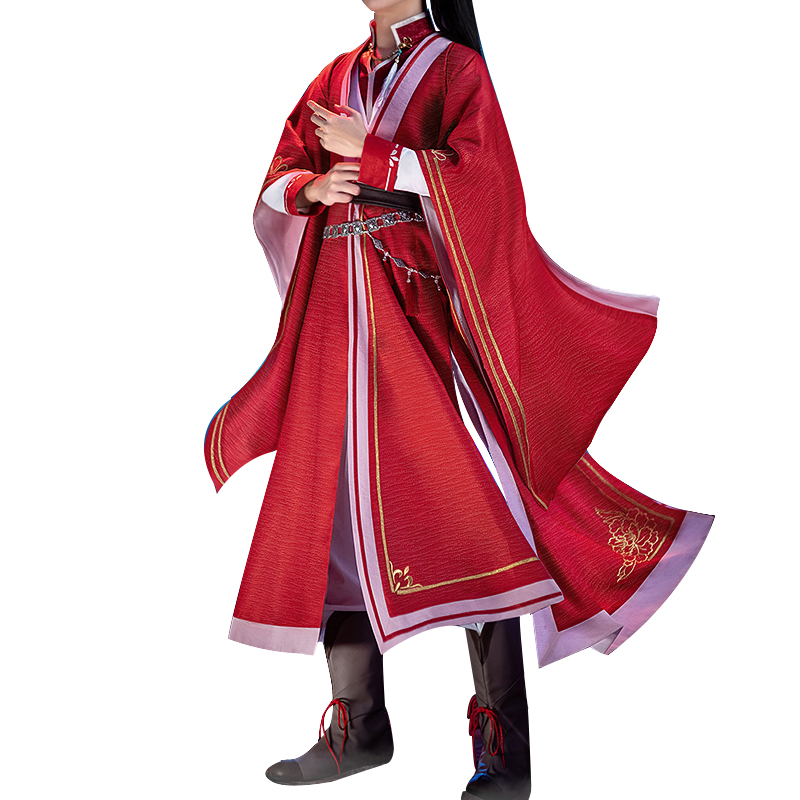 “Then where are you going? No matter where you go, you can’t offset your sins.”

“Wherever I come from, I will go wherever I come from, but Fenyan, I have never regretted it, I don’t care about the end, after all, I have you, so I have no regrets.” After finishing speaking, Sanlang reluctantly let go of Chu Yan His hand turned into a puff of white smoke and flew away.

Ten years later, the Taoist priest appeared at the door of Chu Yan’s house and said that there was something he wanted to hand over to Chu Yan. The Taoist priest handed her a wooden box. She opened it, and it was a huge white snake skin. Touching the snake skin, the expression on his face was like crying or laughing, the Taoist said: You and him are also destined, so please accept this snake skin! “

“Did Master eliminate this scourge?” Chu Yan asked, she still hated Saburo in her heart.

The Taoist shook his head and said: “He chose this path himself. You were shocked by his original body that day. You were absolutely lifeless. It was this snake demon who saved you with his inner alchemy that he had practiced for thousands of years. Now You keep it in your body.”

After hearing this, Chu Yan laughed so hard that she couldn’t breathe. After laughing, her face was pale, but her expression was very calm. That night, she looked at her sleeping son for a long time, gently stroking the child’s face. Full of reluctance. The son woke up in the middle of the night. For some reason, he wanted to see his mother very much. When he came to his mother’s room, he saw that she had been hanged on the beam and her body was already stiff. (Finish)