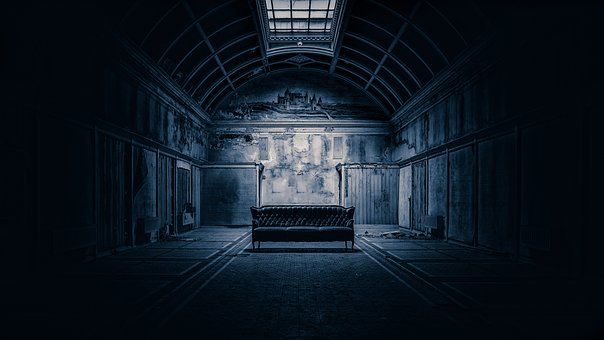 The Eighth Prince is powerful and powerful, rich and powerful, but he begged twenty wives, but only gave birth to one son. Naturally, this single seedling was held in the palm of his hand for fear of falling, and held in his mouth for fear of melting.

The little prince is very handsome, with red lips and white teeth, and a tall body. What’s more, he is extremely intelligent. He is proficient in astronomy, geography, piano, chess, calligraphy and painting, and eighteen kinds of martial arts.

The prominent family background coupled with his own talent inevitably made the little prince arrogant and arrogant.

The servants of the Eighth Prince’s family are like a cloud, most of them are beautiful, only a servant named Qingmei is thick and stupid. Although she is ugly, she has a pair of good eyes, and her brows are full of color.

Qingmei always smiles sweetly, no one knows what she is laughing at. She always does the hardest, tiring, and dirtiest job, and she shouldn’t laugh, so people judge her to be mentally ill.

This Empress Nuwa’s mouth was a little bigger, as if she had a mouth full of blood.

The Empress Nuwa’s waist was a little thicker, as if she had given birth to countless children.

The Empress Nuwa’s smile became a little warmer, as if she looked like an unscrupulous woman.

The little prince is young and pampered, so his words are not too frivolous.

After returning from worship, the little prince fell asleep, woke up in the morning, his eyes were swollen like a peach, and then kept bleeding pus, the old prince saw his precious son like this, he felt so distressed that he wanted to jump into the river, so he posted a notice to search for it The famous doctor claimed that as long as he healed the little prince’s eyes, he was willing to donate ten thousand taels of gold, but every doctor looked at the little prince’s eyes and shook his head and sighed, expressing his incompetence. After about half a month, the little prince was completely I’m blind.

The darkness, the boundless darkness, how painful it is, especially for a young prince who is surrounded by the wind. Since he left his mother’s womb, he has wanted wind and rain, and suddenly he suffered such a big one day. Due to an accident, he naturally became extremely depressed, and lost his temper, broke all the vases in the house, tore up all the famous paintings, and only knew how to drink all day long, getting drunk every day.

One day, a wandering monk came to the prince’s mansion. He looked at the young prince and said that he had offended the gods. The Taoist priest refused to say it at first, but finally hesitantly said: There is a way, but the medicine is hard to find, and you need a pair of eyes from a living person.

After hearing this, the old prince laughed and said, let alone a pair, even if it is a hundred pairs, ten thousand pairs, what is the difficulty.

The Taoist said: “There are not many medicines, but sincerity. If the heart is not sincere and there are complaints, the medicine will be useless.” Therefore, the medicine must be donated free of charge by the person himself.

The old prince called all the servants and maidservants in the mansion to stand densely in the yard. After the prince said this, the people below were silent all the time, so quiet that even the sound of leaves falling on the ground could be heard.

At this time, a person stood up, it was Qingmei, that stupid and stupid Qingmei, but she had a pair of beautiful eyes.

“What request do you have, are you sincere?” the old prince asked.

Qingmei knelt on the ground, “The servant is willing.”

Ten days later, the little prince lifted the gauze blindfold with trembling hands. He dared not open his eyes for a long time. He was afraid of the dark, afraid of living in the boundless darkness for the rest of his life. He was still young, only eighteen years old. After hesitating for a long time, he opened his eyes, and he saw the eyes, the furnishings in the room, and the father, king and slaves standing beside him.

“Who gave me my eyes, I want to marry her!” The little prince said looking at the mirror.

“She is a servant in a mansion, her name is Qingmei, but she has gone home to get married.” What the old prince said was half true and half false.

“Who is Qingmei? I don’t think I’ve seen her before.” The little prince said.

Qingmei is an ugly girl, how could the little prince with eyes above his head pay attention to an unknown servant who no one looks down on? Afterwards, the little prince also deliberately searched for Qingmei’s whereabouts, but he couldn’t find it, and soon he forgot about it.

In a certain year after that, there was a severe drought, the people had no crops, and tens of millions of people starved to death.

The little prince went out of the mansion in low clothes, and there were beggars all the way. When he saw him, it was like seeing a straw, crying and begging to grab his clothes. He couldn’t bear it, so he gave them some silver taels and didn’t leave. After a few steps, he gave away all his silver taels. It wasn’t that he had little money, but that there were so many beggars. He couldn’t stand it anymore and wanted to go back to the mansion, but his eyes saw a woman who was not dressed well. Her body was covered with only a few strips of cloth, and her hair was long and messy, covering most of her face. This woman was leaning against the corner of the wall, dying, looking like she was about to die.

The little prince stepped forward, hesitated a little, took off the jade pendant around his waist, and gently put it in the woman’s hand, this jade pendant is rare in the world, it is a rare treasure, warm in winter and cool in summer.

After the little prince left, the woman kept holding the dragon-shaped jade pendant and murmured to herself, her expression excited, she was a little different from ordinary people, she was blind, her eyes were empty, she slowly put the jade pendant down In the mouth, swallowed, swallowed.

After the little prince returned to the mansion, for some reason, his eyes were neither painful nor itchy, but were bleeding for seven days, but healed on the eighth day.

Afterwards, he obeyed his father’s order and married a princess from a distant island country at the age of twenty-five. One year after the marriage, the princess gave birth to a daughter. The baby girl cried loudly and had a pair of beautiful eyes. She was born with a dragon-shaped jade pendant in her mouth, and she was amazed to see it.

Little Prince, that jade pendant looks very familiar to him, and after a closer look, isn’t it the one he gave to the woman three years ago? (Finish)