There was a scholar who was rushing for an exam, but when it was dark, he met strong men. The three big men had heavy men, and all his money was robbed and he was beaten to the ground.

There is a beautiful fox in the cemetery not far away, watching what happened on the road, with tears in his eyes, the winter is fading into the sky, after the three thieves left, the fox ran to Xiucai, first surrounded him Turned around, and then licked his wound with his tongue, the blood couldn’t stop for a while, the fox seemed to be very anxious, and tears fell down “pat, clap”.

It was completely dark, and at the same time there was a strong wind. Xiucai felt that he had been transported to a mansion. Someone wiped his wound, and slowly he woke up. In front of him was a very pretty woman, with leafy eyebrows and almond eyes, and a pink-faced bee. waist. Xiucai sat up from the kang in shock, “Where is this?” The woman smiled sweetly, shyly saying, “You woke up, I saved you, don’t be afraid.” Xiucai then looked at the mansion , very large, carved beams and painted pillars, but a little gloomy. “Haven’t you heard of such a rich family in this area?” The woman smiled lightly and said that the slaves carried him back. This place is called Wulipo. She said her surname was Zeng and her name was Xiaojue. Only then did he feel relieved, and at the same time he heard a strange fragrance, which made him very comfortable.

In the morning, when Xiucai woke up, he saw that he was lying in a messy grave, covered with weeds, and stood up suddenly. The place was extremely desolate and uninhabited. He remembered that there was a woman who healed himself last night. ghost? He was terrified and wanted to run away, but he stepped on a bag of silver, which was exactly the same as the one that was snatched from him. Could it be that he had a dream? [ghost story] 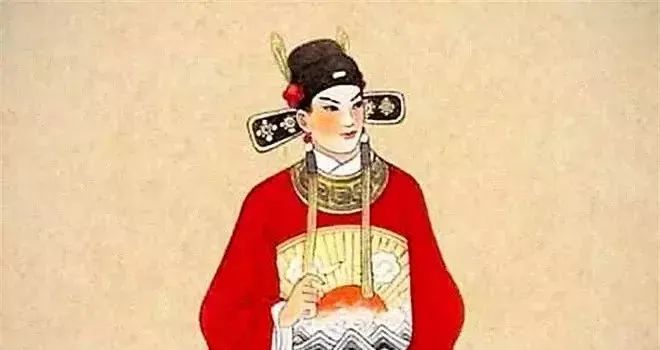 A month later, Xiucai came back from the capital to take the exam. When he walked to the cemetery, a fox flickered, and he smelled the strange fragrance. He lives in a small village, a hundred miles away from here. His family is poor, and he borrowed the travel expenses to go to Beijing to catch the exam. He has no brothers, and only a high-ranking old mother. Good luck just waiting for the announcement.

When he opened the door the next morning, he saw two ingots of gold on the steps, and hurriedly took them to his mother, but the old man didn’t know what to do, so he said let’s leave it for now, God has pity on us poor people. But there were two ingots of gold every morning for three consecutive days. My mother was confused, and the scholar seemed to understand something. That night, Xiucai didn’t sleep and squatted in the firewood shed in the courtyard. The courtyard was silvery white under the bright moonlight. When it was night, he first smelled the strange fragrance, and then the handsome fox came lightly. In the courtyard, she immediately turned into a pretty woman, walked up the steps silently, put two ingots of gold on it, hesitated for a moment and then sighed softly, as if feeling infinitely lost.

The scholar was so nervous that he didn’t dare to make a sound, but he saw that Xiaojue’s face was covered with tears, his teary eyes made people feel pity, and his skirt was blown by the cold wind…Suddenly, there were several dogs barking in the village, and Xiaojue was stunned. It turned into that fox and disappeared in a flash.

During the day, Xiucai was annoyed why she didn’t call Xiaojue to stop at that time, she was kind to her. The next day, Xiucai waited in the firewood shed again, but she never came again. Later, the messenger who announced the good news came, he was the top three in high school, and ordered him to go to the palace of Beijing for an exam immediately. The whole village was full of joy, only Xiucai couldn’t be happy, he was thinking of Xiao Jue so much. The day to get up and go to Beijing is getting closer, however, Xiao Jue never came again, so he had to go to the palace for an examination in Beijing. Fortunately, he was appointed as the number one by the emperor and won the first prize. He is a man of talent and cautious in speaking, the emperor loves him very much, he bestows a house, confers the title of Hanlin editor, drives with the king, recites poems, and talks about state affairs. Later the emperor asked about his marriage, and wanted to issue an edict to marry the daughter of the Minister of the Ministry of Officials to him, but he refused. Civil and military officials praised his character. So he asked the emperor to leave for two months and went to the countryside to welcome Xiaojue to Beijing. 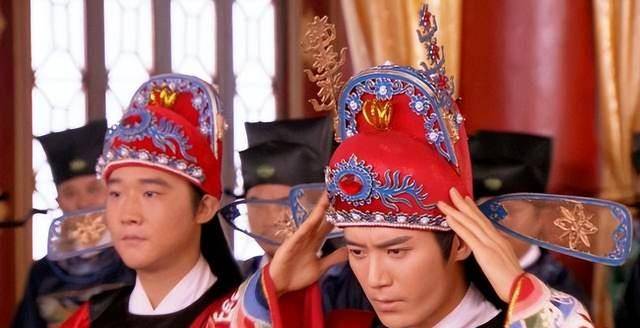 Zhuangyuan Lang went straight to the countryside with his entourage in a sedan chair, and when he came to the random grave, he said he would pay respects, so the entourage had to wait by the roadside. He burned a few pieces of paper money there, calling Xiao Jue’s name mournfully. At this time, a whirlwind blew up in the flat ground, and suddenly, the fox stood in front of him, tears streaming down his face. “Come back to Beijing with me.” Xiucai said eagerly.

The fox flashed and disappeared.

In the evening after arriving home, Zhuangyuan sent his entourage to rest early. He lived alone in a room, waiting for Xiaojue’s arrival under the oil lamp. He had a premonition and waited until the middle of the night without sleepiness. At this time, the door opened without pushing, first there was a burst of fragrance, and then Xiaojue came in. The Zhuangyuan Lang was agitated, and hurried forward to hold the girl’s hand: “I guessed it.” Xiaojue said charmingly With a smile: “I congratulate the number one scholar, hehe!” “Are you really a ghost?” He pulled Xiaojue to sit beside him, looking affectionately at this handsome woman. “No, I’m just a fox spirit.” Xiaojue said, “Aren’t you afraid of me?” “Ghosts are better than people, come back to Beijing with me, I want to marry you.” Lose.

Xiao Jue shook her head: “I’m used to living in the wilderness, so I can’t live with the crowd.” Zhuangyuan Lang hurriedly knelt down and told her about the wedding ceremony. Xiao Jue went over and hugged him under her body to comfort his head: “Fool! I like you too, but it’s fine if you don’t become an official. I really can’t live under bright lights, and besides, I can’t show my shape during the day. “ 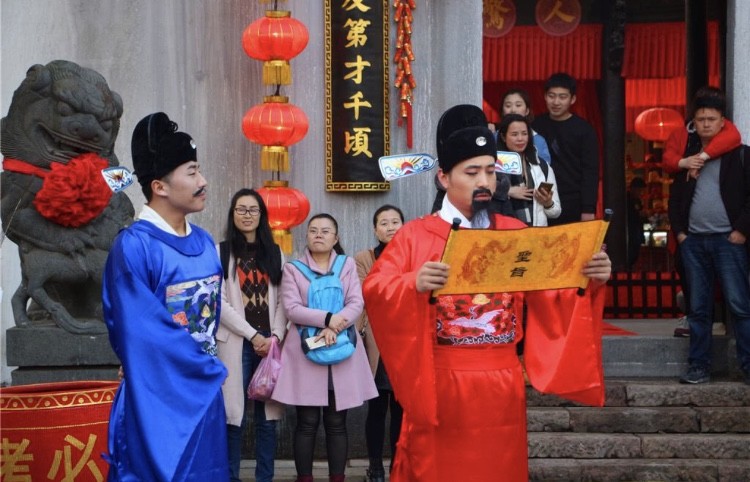 The champion hesitated, but Xiao Jue cried: “Get up, you mortals can’t do without fame and wealth. You and I are sincere. This is our fate in the world. You should be your official. I will accompany you tonight.”

Xiao Jue undressed and undressed, and the oil lamp went out without blowing it out. The rooster crowed all over the head, and Xiao Jue said that she was in a hurry to go back. He couldn’t let go of such a beautiful woman for a while, and begged for her. Xiao Jue had no choice but to be half angry and half happy, and left at the second crowing time, so the two courted and comforted each other again… The second time the cock crowed, Xiao Jue was about to leave, the champion cried, and she licked it for him Tears, but I also burst into tears. Time is ruthless, Xiaojue can’t delay any longer, and he has changed to the bottom of the kang, the champion is crying, she touches her hand, and he loses his voice. Xiao Jue ruthlessly pulled off the two only fiery red fox furs from her body, and handed them to the champion: “When you encounter disasters in your official career, just call my name at it, I will help you, but be careful.” Save, this is my life, remember.” After speaking, he wiped away his tears and disappeared.

After getting married, he would take out the two fiery red fox furs every day to look at them, sighing from time to time. At first, Shangshu’s daughter didn’t know what was in her master’s brocade box. She was curious and asked, but Zhuangyuan Lang didn’t answer her. Shangshu’s daughter is cunning and eccentric by nature, so she must have been given to her husband by some lowly woman. It was one year after they got married, the number one scholar went to the court to discuss matters. She took out the brocade box to look at it. It was two fiery red fox furs and smelled the strange fragrance. She was so jealous that she ordered someone to burn it in the fire. Hearing a scream, everyone in the whole house turned pale with fright. The number one scholar looked down and saw that the brocade box was gone. Passed out on the spot. This disease is half a year.

Five years later, Zhuangyuan Lang was imprisoned because he was falsely accused by a villain of writing an anti-poetry. His words were:

In order to dominate the world, compete with swords and guns. The great water flows westward for thousands of years, and a few white clouds are old.

The fertile soil begins to be renewed, but only the remains of human beings. Is Merry Er Xiao? Ask the roadside flowers. [ghost story] 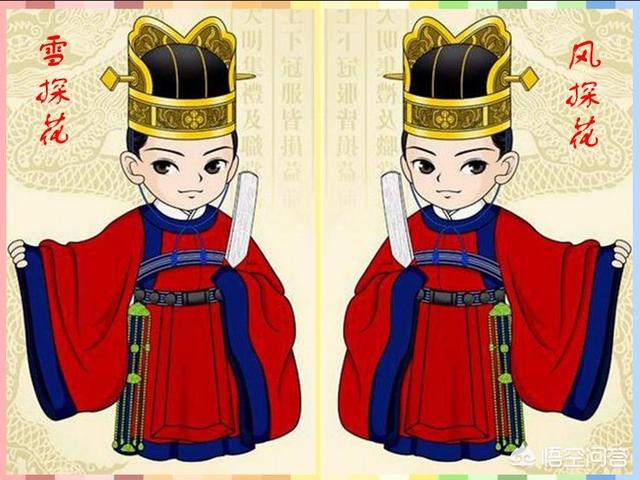 After being imprisoned for two years, the old emperor passed away, the new master came to the throne, and the world was amnesty, and the number one scholar was restored to his post. However, the number one scholar’s mansion has long been desolate, his mother has passed away, and the daughter of the minister also married someone else when he was in prison. The house slaves also dispersed. Facing the deserted house, he had mixed feelings, so he resigned to the new master and returned home. He didn’t go back to his old place, but only built a hut in front of the barren grave, waiting for Xiao Jue’s arrival. When I went to the grave to cry, I could often hear his cry in the wilderness. His spirit was in a trance, and he cried for seven to forty-nine days.

That night, an old woman came to him and asked sharply, “Who is Xiaojue to you?” Zhuangyuan Lang was speechless. The old woman snorted, “You are miserable, but why don’t you keep the fox fur well? Xiaojue is so kind to you, you don’t care about her retention just to be an official, and she gave you her life for you, You are good, but you burned her to death.”

The champion just kowtowed, and finally asked if there was any remedy. The old woman immediately threw him a pair of white bones, “This is Xiaojue’s bones, take it, you have to sleep with her in your arms every night, it will take ten years to warm her up, ten years, Not even one day less.”

After finishing speaking, the old lady turned into a puff of green smoke.

He hastily followed the old woman’s advice, and he has been doing this every day for ten years.