My name is Ye Tian, ​​and I am an ordinary office worker, but I have a very different hobby, which is to collect supernatural stories.

I got a call from an old man who told me he had a lot of stories to tell me, so now we’re sitting in a coffee shop and I’m ready to hear the old man’s story.

“Hi old man, my name is Ye Tian, ​​what story do you want to tell me? I respectfully asked the old man sitting opposite me.

“Young man, my name is Li Ming. You can call me Uncle Li. As an old man who came here in 1955, I have experienced the Great Leap Forward, the commune, three years of natural disasters, etc. I have seen too many things. In my There is always a story hidden in my mind, this story has been buried in my heart for a long time, if I don’t tell it, I’m afraid it will be taken to the coffin.” The old man drank his saliva, and seemed to recall the terrible memory in his memory, The old man looked a little nervous.

For the convenience of narration, I will tell today’s story in the tone of an old man…

At that time, I was a ten-year-old boy. It was in the period of the People’s Commune Movement. Every household went to the team to earn work points. Everyone ate big pots of rice and worked together. It seemed to be a beautiful era, but behind the beauty was The beginning of countless crimes. At that time, there was no chicken, fish, meat, eggs, or private property. If anyone had a chicken or a pig, they had to hand them over to the state for everyone to enjoy. If you find yourself stealing them in private , then you are the public enemy of the people, so at that time, all we could eat was the poor food that we had worked so hard to earn from the commune. But for my family, such a little food is far from enough.

At that time, because of the backwardness of technology and the lack of progress in people’s thinking, after dinner at night, people had nothing to do but go home and sleep. So there were more children in every household at that time than now. The number of living beings means that they can feed so many people, and they often die of starvation and disease. 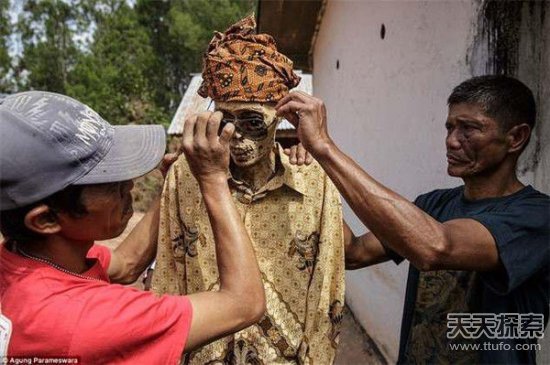 In our village there is a man, we all call him Li San, who came to our village with his parents fleeing from famine. I’m in my thirties, and I’m still alone. This person is lazy and never earns work points in the team. He just goes around begging for food to get by. At first, when people’s lives are good, it’s okay to give him a little, but later on. It’s hard to live, I can’t eat enough, who can take care of him. In 1960, when there were three years of natural disasters, everyone was in danger. People in the village ate everything they could eat, even the bark and weeds on the mountain were almost eaten. Li San was forgotten.

That was the first time I saw Li San. This man had gone somewhere, and he hadn’t come back for a long time. I happened to be idle that day, and I was standing on the mountain to catch some wild game, because the family couldn’t open the pot anymore. The youngest Lao Ba Because I couldn’t stand it anymore, I fell ill and died after lying on the bed for more than ten days. It was normal for people to starve to death at that time, and the villagers were used to seeing them, and a coffin mound on the back mountain of the village was dedicated to these dead people.

When I was wandering on the mountain that day, I suddenly saw a man walking unsteadily from the back of the village in front of me, wearing worn-out patched clothes. I took a closer look, and it turned out to be Li San. This man had disappeared for nearly a year, why did he suddenly Appeared? I thought he had died of starvation long ago, but I didn’t expect that Li San didn’t die of starvation. When he walked up to me and greeted me, I saw that his complexion was ruddy and he looked really good. Everyone is skinny and skinny now. Yes, this guy who has nothing serious to do but eats for nothing, so I have a big question in my heart, what does he eat?

Seeing me staring at him, Li San grinned at me foolishly. I saw him showing a mouthful of white teeth. When a gust of wind blew, I smelled an unpleasant stench. That smell is a bit familiar, but also a bit strange. I can’t remember where I heard it. I just thought it was the bad breath in his mouth that hadn’t been rinsed for a long time. However, something I saw later made me I shudder.

From the day I met Li San, I have been deeply curious about him. Since he eats fat and fat, there must be some way to get food. Could it be that he drank the air for a long time? Impossible, absolutely impossible.

But I followed him for a day, and I saw him sleeping under the crooked neck tree at the entrance of the village for a day, but I didn’t see him go out to find food. Just when I was really hungry, a miserable cry came from the village. I looked around and saw an old man coming from the village with a dead body wrapped in a broken straw mat, followed by a crying mother. . It turned out that another child died of starvation in the village. I took a closer look and found that it was a four-year-old child. I knew that child. At this time, I didn’t notice that when Li San saw the corpse wrapped in the broken mat, a greedy green light appeared in Li San’s eyes, just like a jackal seeing its prey.

The night gradually fell, and my stomach was so hungry that I couldn’t hold it anymore. At this moment, I saw Li San, who was sleeping beside him, suddenly got up. Seeing him get up, I thought he must have gone out to look for food, so I followed him.

Slowly, Li San walked faster and faster, and I followed closely behind and almost lost it. Finally, when I couldn’t keep up, I saw Li San stop, surrounded by dark and bare trees. There were crows and horrible cries of unknown animals. I was surprised to find that I had come to the mass grave behind the village without knowing it! What is Li San doing here? My curiosity finally outweighed my fear. I hid under a tree and looked at Li San quietly.

Li San walked slowly to the broken straw mat that was thrown here during the day, squatted down and violently opened the mat, only to see a dead body with a livid face appearing in my eyes, I was so scared that I almost cried out. At this time, an unexpected scene happened! I saw Li San let out a terrible laugh, he even picked up the corpse’s arm and stuffed it into his mouth!

“Bang, bang!” There was a crisp chewing sound, and I saw Li San’s mouth full of blood, looking like a hungry wolf gnawed on the corpse in front of him, from his arms to his stomach, and then to his thighs, watching him eat What’s more, I feel a little hungry, “I don’t know if it tastes good or not?” A horrible thought suddenly popped up in my head, and even I was startled by my thought in the end.

When Uncle Li spoke up to this point, he suddenly stopped.

“Uncle Li, what then? What did he do behind?” I looked at him with interest.

“Finally? There is no end. Raising ghosts and eating people 1 Thunder , I finally knew why he was fat for nothing. It turned out that he was a cannibal! In that era, maybe he was not the only one who did that. Hehe, actually , the smell of human flesh, very sour, very sour…”